In An Emotional Homecoming, Mohammed Siraj Visits His Father’s Grave After A 63-Day Long Agonizing Wait 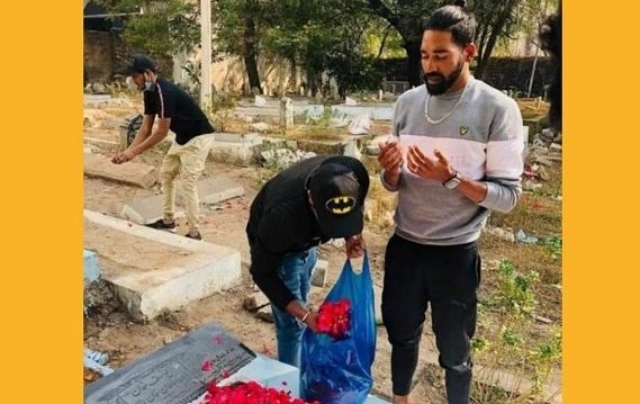 After a 63-day long agonizing wait, Indian cricketer Mohammed Siraj, who could not return home for his father's funeral drove straight from Hyderabad’s Rajiv Gandhi International Airport to his father’s grave on his return from Australia on Thursday, reports The Times Of India.

Siraj has played an instrumental role in Team India’s series win by claiming 13 wickets in the three Tests in Australia.

Siraj's father had passed away on 20 November, just a week after Siraj had landed in Australia. However, as Covid-19 restrictions were in place, Siraj chose to stay back with the team instead of coming back to India for his father’s funeral.

“It was a tough situation, dad’s demise. I got strength after talking to mom and my focus was to realize dad’s dream. I got mentally strong with their support. I felt that whatever was dad’s desire, I have to fulfil that. It got fulfilled,” Siraj said while remembering his late father.

Earlier in a video which went viral on social media, the 26-year-old fast bowler was seen getting emotional and wiping his tears rolling down his face when the national anthem was being played at the Sydney Cricket Ground.

On Tuesday, the Indian team came out with one of the best day Five batting performances to beat Australia by three wickets in the fourth and final Test at The Gabba, thereby winning the four-match Border-Gavaskar series 2-1.