In Gujarat, 200 Dalit Families Return To Hindu Roots; They Became Christians Only Because They Feared ‘Falling Sick’ 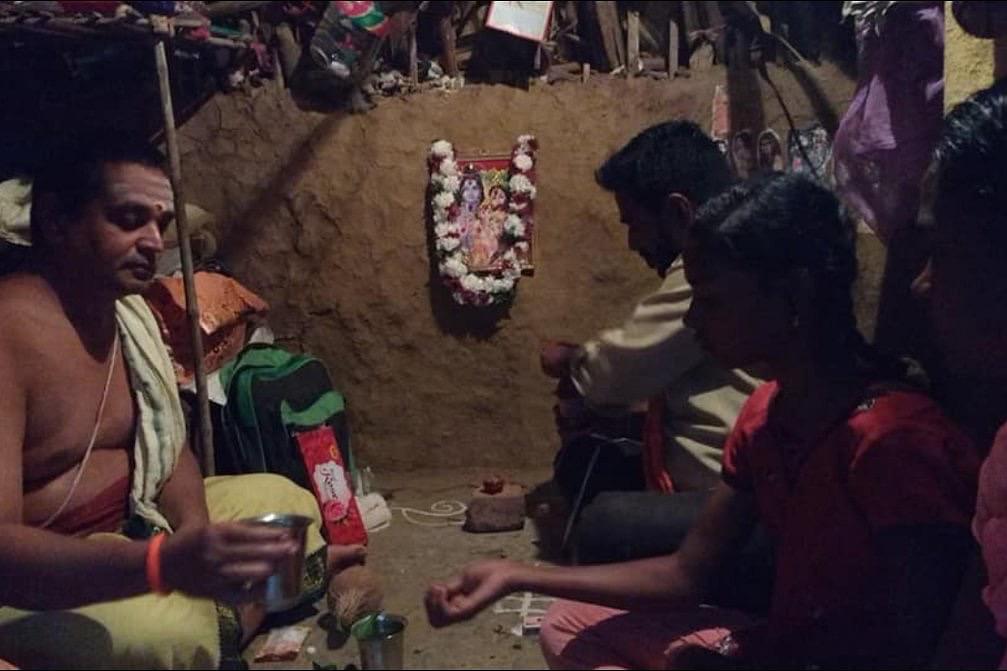 200 Dalit families that converted to Christianity have come back to Hinduism in a Hindu Dharma Jagran Sammelan organised at the Biliya-Aslona village of Kaprada taluka, located in Valsad district on Wednesday (26 December) , reports TOI.

Swaminarayan Gyanpith, a USA-based community, sponsored this sammelan (event), to which the sarpanches of nearly 50 villages around Kaprada and other important people were invited. The Swaminarayan sect provides education and caters to the daily needs of the local people.

Kapil Swami, the organiser of the Hindu Dharma Jagran Sammelan, stated that he and his supporters were protecting Hinduism in Adivasi areas of Kaprada, which has seen massive conversion efforts by Christians. In this sammelan, 200 families consisting of almost 700 members were made to wear ‘kanthi mala’ around their neck after puja was held.

“We gave idols of Lord Hanuman to our brothers and sisters so that they can install them in their houses and also build a temple in their village. Around 40,000 Adivasis have become Christians in this area in the last two decades. We work to bring them back to our fold. We get support from some non-resident Indians based in the United States of America for our religious activities,” says Swami.

The sarpanch of Aslona village, Suresh Kamli, said that of the 6,000-odd population of his village, 100 families are Christians who constructed no less than three churches. “They believe they would not fall ill and saved from evil spirits if they follow Christianity,” he says.

Valsad district collector CR Kharsan stated that he was not aware of any such function and that only if someone complains can his office take action.