In Message To China, India And Japan Seal Agreements For Cooperation In 5G Tech And Artificial Intelligence 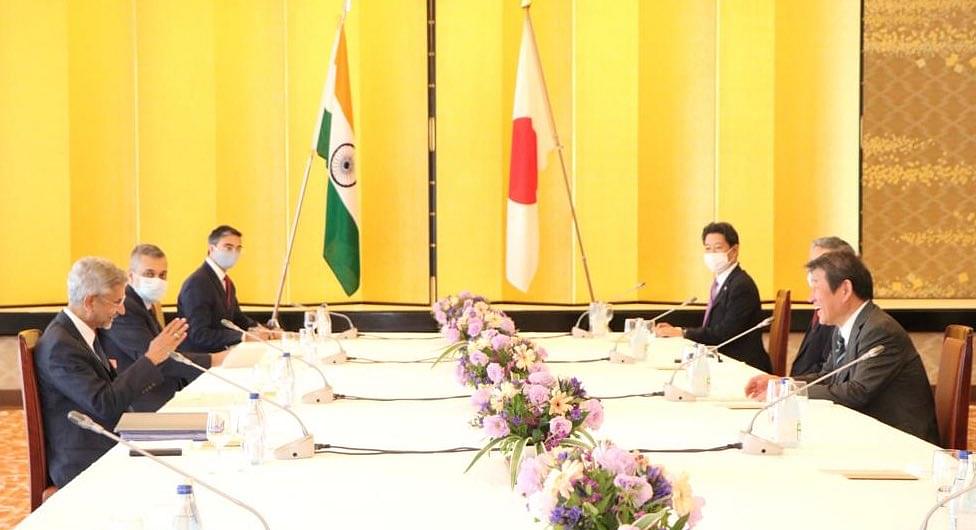 India and Japan foreign ministers at the meeting

India and Japan have reached the consensus on an ambitious agreement of cooperation in 5G technology, artificial intelligence and several other crucial fields.

The agreement on various crucial subjects holds significance as it comes when both the countries are dealing with Chinese hostilities at various fronts.

The two nations have agreed to strengthen their ties including pacing up the supply chain initiative in the Indo-Pacific region, The Economic Times reported.

The decision was taken during a meeting between India Minister of External Affairs (MEA) S Jaishankar and his Japanese counterpart Toshimitsu Motegi on Wednesday (7 October) in Tokyo. The meeting took place a day after the Quadrilateral (Quad) Foreign Ministers' meet.

"Recognising the increasing role being played by digital technologies, the two ministers highlighted the need for robust and resilient digital and cyber systems and in this context, welcomed the finalisation of the text of the cybersecurity agreement," the Ministry of External Affairs said in a statement.

"The agreement promotes cooperation in capacity building, research and development, security and resilience in the areas of Critical Information Infrastructure, 5G, Internet of Things (IoT), Artificial Intelligence (AI), among others," the ministry added.

The agreement on 5G technology has come as several countries including India have shown reluctance to let Chinese telecommunications giant Huawei to launch 5G services. The company has faced severe allegations of secretly channeling the confidential information to the Chinese Communist Party (CCP) regime.

The United States (US) has officially banned Huawei citing national security reasons, while others have also decided not to go ahead with the Chinese company.