In Pictures: All You Need To Know About Sikkim’s First Airport To Be Inaugurated By PM Modi Today 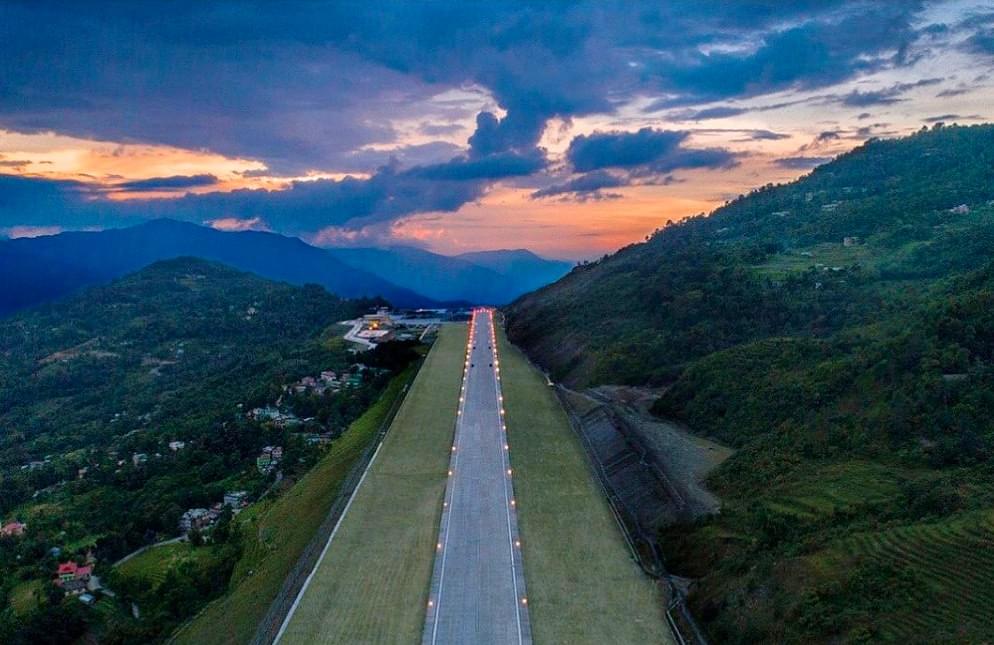 Sikkim’s newly-constructed airport, the Himalayan state’s first, will be inaugurated by Prime Minister Narendra Modi today. The airport, which is located nearly 60 km from the border with China, obtained the license required for operations in May this year. It is 30 km away from capital Gangtok.

2) SpiceJet has been granted permission to fly to the airport from Kolkata under regional connectivity scheme ‘Ude Desh Ka Aam Nagrik’. On 11 March, a 78-seater Spicejet test flight landed at the airport for the first time. Commercial operation will commence in the first week of October.

3) The runway of the airport, built on the mountainous terrain, is around 1.7 kilometres long and 30 metres wide, reports say. A taxiway, an apron, a fire station and a traffic control tower have also been built.

4) The airport will boost Sikkim’s economy by making the state more accessible for tourists. Currently, tourists headed for Gangtok by air have to fly to Bagdogra and travel for more than four hours (128 km) by road to reach the city.

5) The terminal of the airport is spread over an area of 25,000 square feet. It is equipped to handle 100 passengers, 50 each in arrival and departure areas. A car parking area for 80 vehicles has also been built.

After inaugurating the airport, the hundredth operational one in India, Modi will address a public meeting in the town of Pakyong.

A 19-seater Dornier 228 aircraft of the Indian Air Force had made a successful landing at the Airport in Sikkim on 6 March this year.