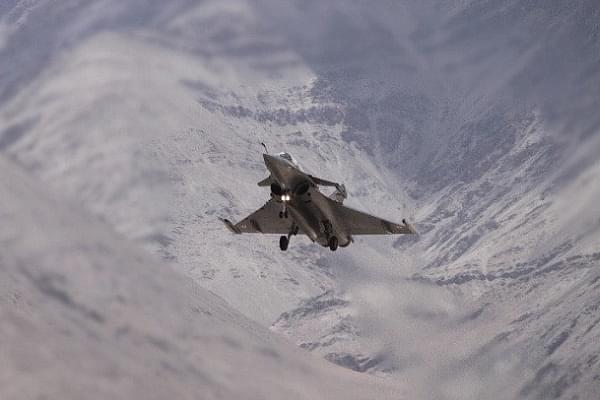 Earlier today, the Indian Air Force released pictures of its Rafale fighter jets flying in Ladakh, where India and China are still locked in a tense military standoff.

According to defence blog Livefist, the Rafales were seen flying with MICA air-to-air missiles manufactured by European defence major MBDA.

IAF has received around 14 Rafales from Dassault Aviation. These fighters, at least three of which arrived late last month, are deployed at the Ambala Air Base.

Dassault Aviation has handed over seven more Rafale fighters to the IAF. These fighters continue to remain in France for the training of IAF pilots.

IAF’s second Rafale squadron will be based in West Bengal’s Hasimara.

Based at Ambala and Hashimara, IAF’s Rafale squadrons will be able to deal with the threat from China’s People’s Liberation Army Air Force along the Line of Actual Control. While the fighters from the Ambala-based squadron of Rafales can be deployed in Ladakh, those based at Hashimara can operate along the Himalayan frontier with China in Sikkim and Arunachal Pradesh.

This isn’t the first time IAF’s Rafales have been seen in Ladakh. Videos of the fighter flying in Ladakh had emerged during the standoff last year.