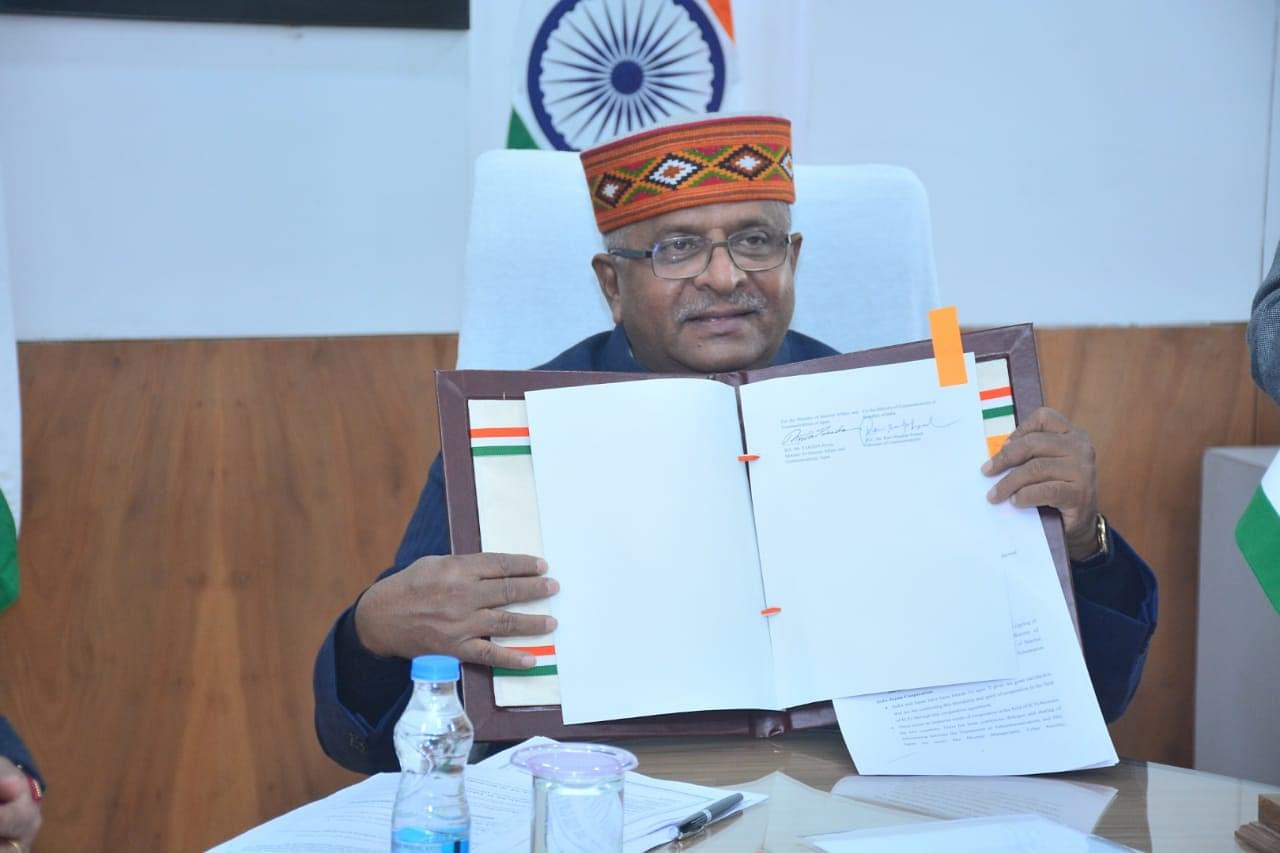 India and Japan on Friday (15 January) signed MoU to enhance cooperation in the field of Information and Communications Technologies.

The MoU was signed by Union Minister for Communications, Electronics and IT Ravi Shankar Prasad and the Japanese Minister for Internal Affairs and Communications Takeda Ryota and it was exchanged through a video conference, an official release said.

As per the MoU, the Department of Telecom and Japanese government will enhance mutual cooperation in the field of 5G technologies, telecom security, submarine optical fiber cable system to islands of India, spectrum management, smart cities, high altitude platform for broadband in unconnected areas, disaster management and public safety etc.

It has been agreed that apart from ministry level cooperation, Indian government organization such as C-DOT and ITI Limited along with industry partners from Japan will also be part of this cooperation.

Speaking on the occasion, Union Minister Prasad highlighted the timely execution of connecting Andaman & Nicobar Islands with submarine optical fiber cable as a great example of cooperation between India and Japan.

He urged the Japanese electronics industry to invest in India and avail the benefits of the new technologies. Prasad further highlighted the great potential India holds for Japanese investors in the field of 5G and 5G based services, Internet of Things, digital health technologies etc.

Japanese Minister Takeda Ryota expressed happiness on signing of MoU between India and Japan and expressed the commitment of Government of Japan towards mutual cooperation and investments in India.