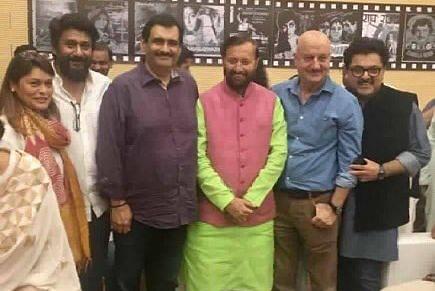 India’s forest cover has increased by one per cent over the last five years and continuous progress in this regard will happen only through the participation of the people, Union Minister for Environment Prakash Javadekar said on Thursday (6 June), reports Times of India.

Javadekar, who was in Mumbai to attend an event, called upon people to plant saplings to realise the goals set by the country to overcome the ill effects of global warming.

The minister, who is also in charge of information and broadcasting ministry, visited the premises of Gulshan Mahal, the historic building in Films Division which houses a part of National Museum of Indian Cinema.

“In our lives, the amount of oxygen we take, we must plant at least ten saplings. In the last five years, India’s forest cover has increased by one per cent,” said Javadekar, as reported by TOI.

“This time too, similar progress should be recorded and for that, we will try our best. This will happen through people’s participation, which is extremely important,” the minister added.

The minister planted saplings at the venue as part of the celebration of World Environment Day, which was on Wednesday (5 June).