India Has To Emerge As A Strong Player In The New World Order Shaping Up In The Post Covid World: PM Modi In LS 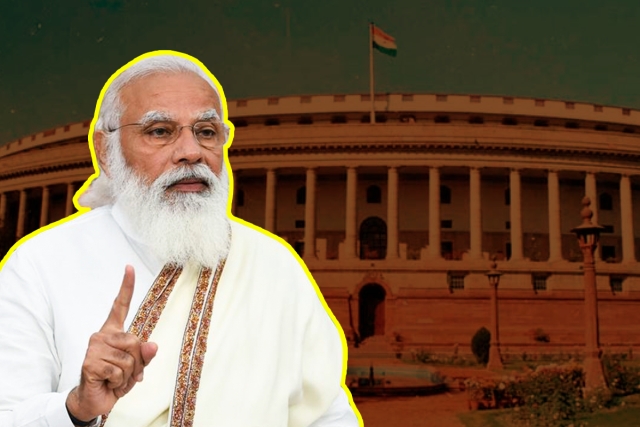 Prime Minister Narendra Modi in his Lok Sabha speech on Wednesday (10 February) said that a new world order is emerging in the post-Corona world and India needs to emerge as a strong player and avoid shutting itself out.

Prime Minister Modi said that a new world order emerged in the aftermath of the second world order, based on a mantra of cooperation, which saw development of institutions like the UN.

Prime Minister Modi added that despite nations talking about peace, countries entered into an arms race which saw their arsenal grow to much greater numbers as compared to the world war.

The Prime Minister added that unlike India's accomodative stance in the post World War II world, India has to emerge as a strong player and the way to do it by becoming self-reliant through the vision of Atmanirbhar Bharat.

Prime Minister Modi said that a new world order will emerge in the post Covid-19 world but it isn't yet clear as to which countries will take the initiative and get the ball rolling on this front.