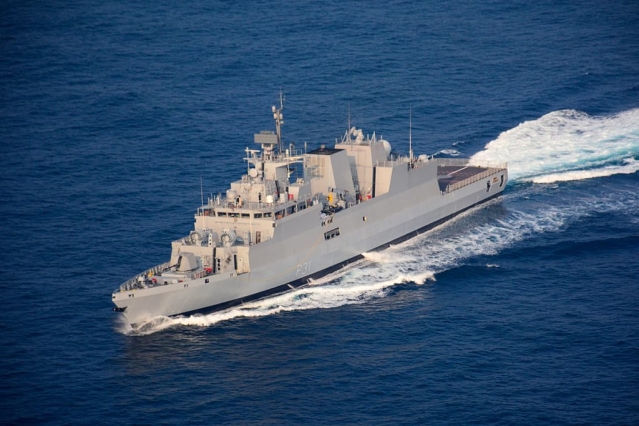 The Indian Navy is all set to induct a new warship, INS Kavaratti.

The new warship, an anti-submarine warfare (ASW) vessel, is the last of the four indigenously-built Project 28 stealth corvettes.

The vessel will be commissioned into service tomorrow (22 October) by Army Chief General M M Naravane at Naval Dockyard, Visakhapatnam.

Built by the Garden Reach Shipbuilders & Engineers Limited (GRSE), the warship has a displacement of 3,300 tonnes. It has a carbon composite superstructure which lowers the weight of the vessel, making it faster and maneuverable.

The carbon composite superstructure has been integrated with the steel hull of the vessel using technologies developed by GRSE.

The ship has 90 per cent indigenous components.

Kavaratti has completed sea trials with the Indian Navy.

This warship is not the first Indian Navy vessel to be named Kavaratti. It takes its name INS Kavaratti, an Arnala class (Petya-class) missile corvette which had participated in the 1971 Bangladesh liberation war.

Kavaratti is the name of the town that serves as the capital of the Union Territory of Lakshadweep, an island chain in the Indian Ocean.