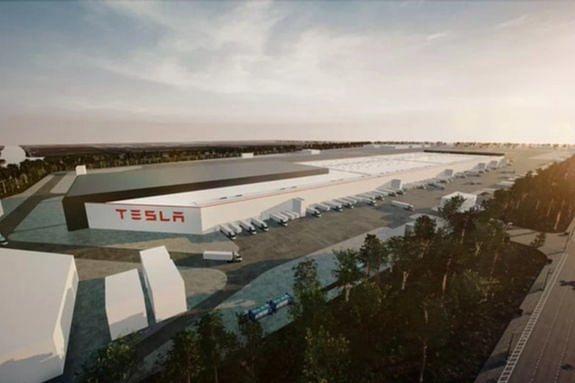 In a bid to secure the energy needs and making the transition process to electric vehicles smooth, India is putting the final shape on a plan to build at least four Tesla-style gigafactories to manufacture batteries with an investment of nearly $4 billion, reports LiveMint.

“We are moving ahead with the plan and a cabinet note for the same has been floated,” a senior government official was quoted in the report as saying.

“Why should India import battery storage units when we have the largest market here?" he added.

According to the report, the policy think tank NITI Aayog is helming the plan for setting up these factories of 10 gigawatt hours (GWh) each. The plan reportedly looks to achieve what Tesla has done at its Gigafactory in United States’ Nevada.

The government, as part of the plan, may offer various incentives to manufacturers including concessional financing options with around 3 per cent foreign exchange hedge on overseas loans and a fixed 3 per cent interest subvention on loans taken in Indian Rupees. Furthermore, the government may offer a reduction in minimum alternative tax (MAT).

“The focus on battery storage manufacturing will enable India to develop an electric vehicle ecosystem including manufacturing and R&D, an opportunity the country missed while developing the solar industry," said Rupesh Agarwal, founder of AEM, an electric mobility company.

The battery storages will not only cater to the electric vehicles but would also serve the needs of consumer electronics industry and electricity grids, as the power generated from renewable sources like solar and wind is intermittent.

As per the NITI Aayog, India will need six such gigawatt-scale facilities by 2025 and 12 by 2030 to meet its demand.