India Releases 19 Pakistani Prisoners, Sends Them Back Via Attari-Wagah Border 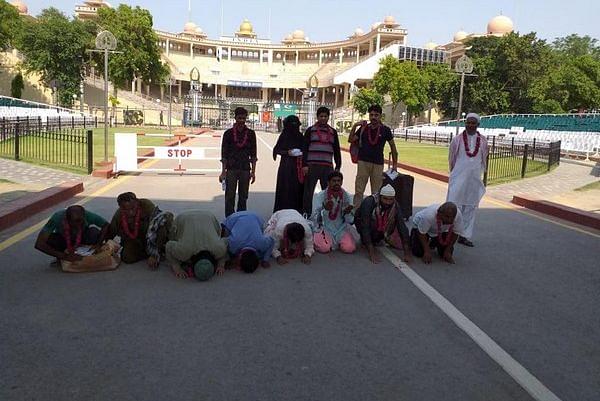 India on Tuesday (15 May) set free 19 Pakistani prisoners and returned them to their home nation via the Attari-Wagah border. The said prisoners had been put in jails in India for a range of offences including espionage to staying in India illegally, reports Asian News International (ANI).

"I was caught in 2009 without a VISA in India. I stayed in the country for four years without a VISA and was convicted for 10 years," said Vikas Ahmed, who was one of the prisoners who was set free.

A Pakistani fisherman, Mustafa, released yesterday after serving a term of 13 months requested the governments of both, India and Pakistan, to release prisoners of the other nationality from their respective jails.

In the recent times, the two nations have boosted efforts towards releasing prisoners belonging to the other nation.

Pakistan had last month released 60 Indian prisoners on 30 April. This included 55 fishermen. Many of those released had already over-lived their sentence in Pakistan. In that light, India had sent a verbal note to Pakistan on 9 April urging for immediate release and repatriation of Indian prisoners.