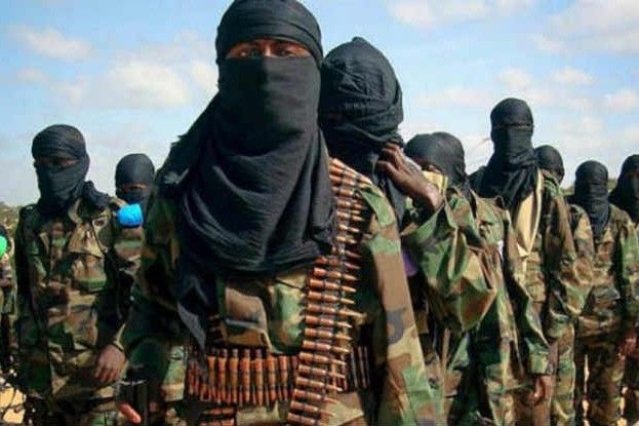 India is seventh among the top ten countries of the world impacted by the menace of terrorism, with 748 terrorist attacks and 350 deaths from terrorism in 2018, according to the Global Terrorism Index (GTI) 2019 report.

The GTI by the Institute for Economics & Peace provides a comprehensive summary of the key global trends and patterns in terrorism over the last 18 years. The report ranks 163 countries (99.7 per cent of the world's population) according to how impacted they are by terrorism.

“Compared to other countries amongst the ten most impacted, India faces a wider range of terrorist groups, with Islamist, communist, and separatist groups all active in the country,” the report said.

However, the report notes that the number of terrorist attacks and resulting deaths fell by around ten per cent in 2018.

“Since 2009, India has seen two diverging trends in terrorism. The number of deaths from terrorism has dropped by 53 per cent since 2009. However, the number of terrorist attacks has increased by 14 per cent over the same period, peaking in 2016 at over 900,” it said.

“In 2018, India continued to face a diverse set of terrorism threats, as it has since early in its post-colonial history. These threats include terrorism related to the ongoing territorial disputes in Kashmir, a Sikh separatist movement in the northern state of Punjab, and a secessionist movement in the north-eastern state of Assam,” the report said.

Meanwhile, a violent Maoist inspired left-wing insurgency has re-emerged across central India in what has been dubbed the ‘red corridor’, following the realignment of various Naxalite factions under the Communist Party of India (Maoist) in 2004, after the movement’s near-total government defeat in the 1970s, it added.

“Jammu and Kashmir remained the regions most impacted by terrorism in 2018, with 321 attacks, resulting in 123 deaths, most of which were perpetrated by Islamist groups,”the GTI report said.

The three most active groups remained Hizbul Mujahideen, Jaish-e-Mohammad (JeM) and Lashkar-e-Taiba (LeT). Both JeM and LeT have also been active in Pakistan and Afghanistan, though most of their attacks are carried out in India, it added.

The report states that the state of Chhattisgarh witness 138 attacks in 2018, resulting in 123 deaths all from Maoist extremists.

“Collectively, Maoists and the Communist Party of India (Maoist) were responsible for one third of total attacks and half of total deaths,” It added.