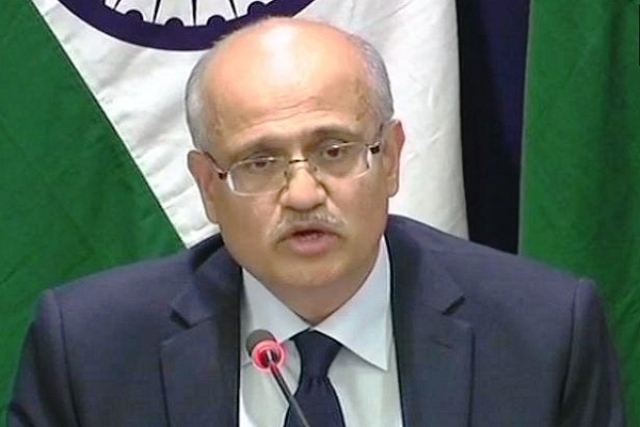 Briefing the media in Delhi about the early morning raid on terrorist apparatus deep inside Pakistan today (26 February), Foreign Secretary Vijay Gokhale stated that the pre-emptive strike was necessitated as there were reliable intelligence inputs of Jaish-e-Mohammed (JeM) was training more fedayeen suicide attackers for terror strikes against India, reports ANI.

The air strike was carried out by twelve Mirage 2000s jets of the Indian Air Force (IAF).

Gokhale remarked that India has repeatedly provided proof and information against the JeM to the Pakistani government, but no concrete action has ever been taken against the outfit by them.

He recounted the role of the group in previous attacks against India such as the Pathankot Air Force Station attack in 2016 and the 2001 Parliament attack.

He corroborated early media reports that the attack had targeted the JeM’s biggest training camp in Balakot in Pakistan’s Khyber Pakhtunkhwa.

Gokhale asserted that a large number of terrorists, commanders, trainers and those trained for fedayeen attacks, had been neutralised. He also revealed that the camp was being run by JeM supremo Masood Azhar’s brother-in-law Maulana Yusuf Azhar.

He stated that all steps had been taken to avoid civilian operation during the operation; the target was located in a forested area on top of a hill, away from any populated settlements.