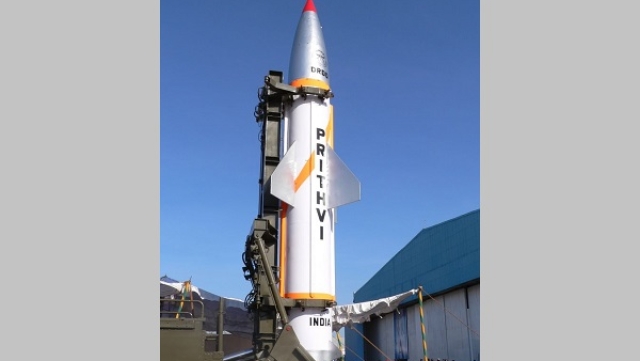 Developed by Defence Research and Development Organisation (DRDO), the missile has been inducted in armed forces since 2003.

The missile has a strike range of 350 km and capable of carrying 500/1000 kg warheads and is powered by the liquid propulsion twin engine.