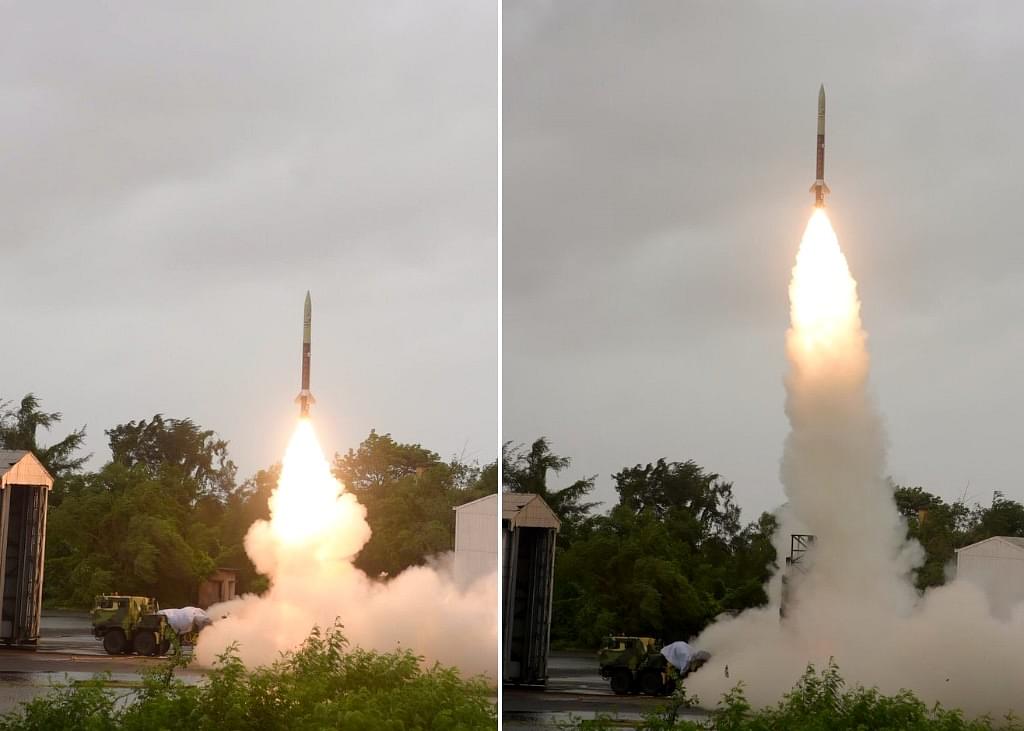 Test launch of the Prahaar missile by DRDO.

On Thursday, India successfully test fired its Prahaar missile, which is capable of striking targets as far as 150 kilometre, India Today has reported.

The test was conducted from the third launch pad of the Integrated Test Range at Chandipur in Odisha amid heavy rain.

The missile, which has a length of 7.3 meter, diameter of 420 mm and weighs 1,280 kg, can carry a payload of 200 kg. It is essentially a quick reaction battle field tactical missile with advance manoeuvring capability.

The missile can be launched from a road mobile system, which can carry six missiles at a time. It can be fired in salvo mode in all directions from the launcher. Developed by the Defence Research and Development Organisation, it provides the Army with a cost effective, all weather, all terrain, high accuracy strike option.

The Prahaar missile is comparable to MGM-140 Army Tactical Missile System of the United States and is essential to fill the vital gap between Multi Barrel Rocket systems and medium range ballistic missiles.