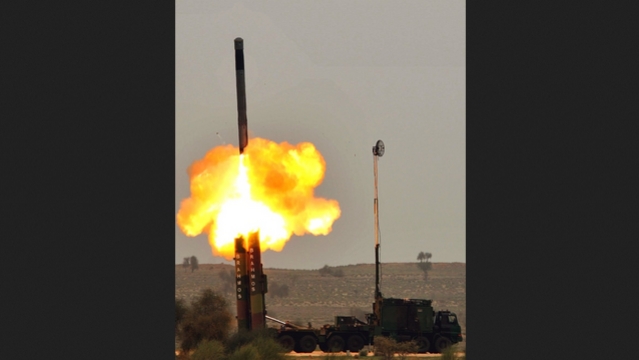 The BrahMos supersonic cruise missile, which flies almost three times the speed of sound at Mach 2.8, was successfully tested today with an Indian-made seeker in Rajasthan’s Pokhran, International Business Times has reported.

#Breaking Supersonic cruise missile BrahMos, which has become the preferred conventional precision-strike weapon for the armed forces, successfully tested for the first time with Indian-made seeker at Pokhran at 8.42 am. File pix #BrahMos pic.twitter.com/TMvsrZ3WM5

This development comes after India successfully tested Akash surface-to-air missile with an indigenous radio frequency seeker in Odisha on 5 December last year. India has been developing seekers for a number of its missiles.

This test of BrahMos comes just months after India successfully test-fired an air-launched version of the missile, called BrahMos-A, from a Su-30MKI fighter of the Indian Air Force (IAF) over the Bay of Bengal.

India plans to modify Su-30MKIs of the IAF to carry the air-launched BrahMos missile. The effort to arm IAF’s upgraded MiG-29s, Rafale jets and Indian Navy’s MiG-29Ks are also underway. For this, lighter and smaller-diameter versions of the supersonic cruise missile are being developed.