India Tests Prithvi-II Missile For The Second Time In Less Than A Month; Tenth Missile Test In 40 Days 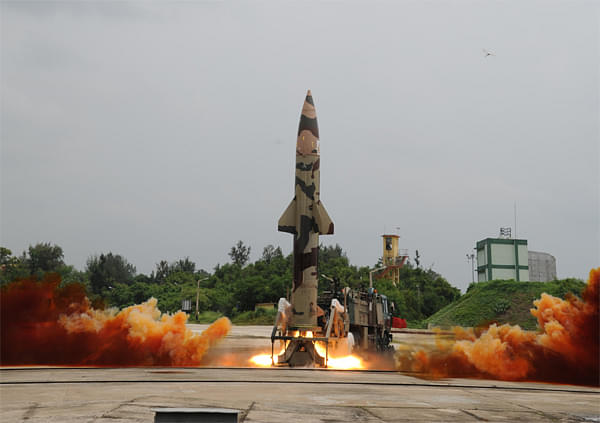 Earlier today, India test-fired its 350-kilometre range Prithvi-II nuclear-capable missile for the second time in less than a month.

The test, which comes amid the India-China standoff, was conducted from a facility located on India’s western coast in the state of Odisha.

The test was conducted by the Strategic Forces Command, part of India’s Nuclear Command Authority, and has been reported successful.

The missile was first test-fired in 1996 and has been inducted into service.

India has conducted at least nine missile tests over the last few weeks.

These tests have been conducted amid worsening tensions in Ladakh.

After seven rounds of talks between the Indian and Chinese militaries, the two countries are still far from resolving the conflict.

China continues to demand that India stop all infrastructure building activity and move back from the area it took control of south of the Pangong Lake in the pre-emptive action taken in late August.

India has refused to stop the construction of roads in the border areas saying all the infrastructure coming up in the region is being built in Indian territory. The Army has refused to move back from the area it took control of in August till China restores status quo ante on the northern bank of the Pangong Lake.