India To Get Its First Dedicated Freight Corridor On 15 August 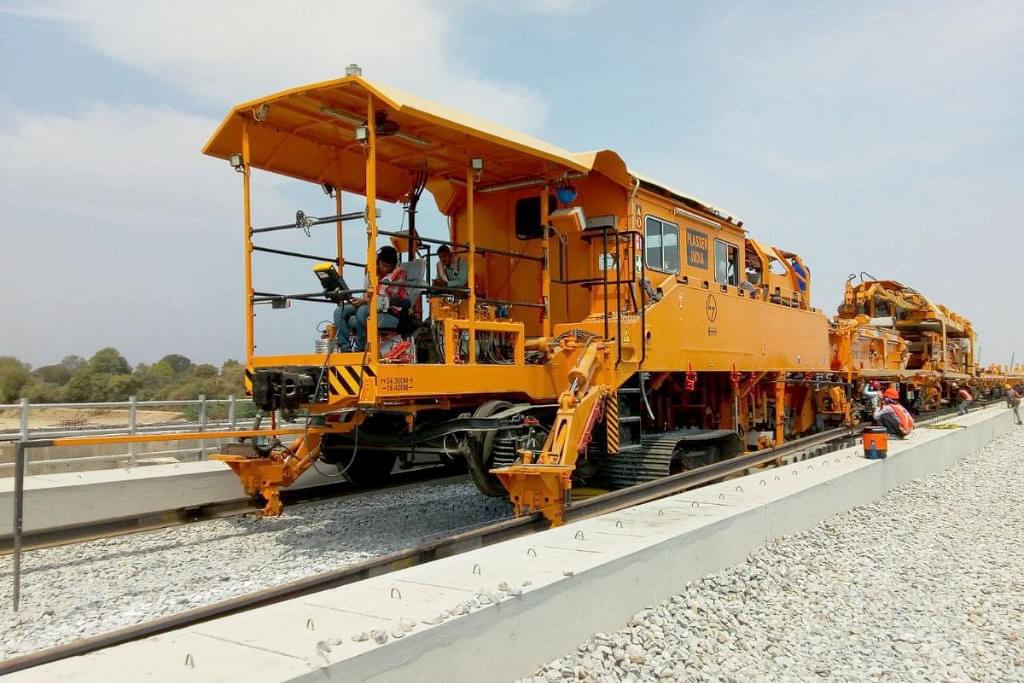 Tracks being laid along the western corridor. (pic via Twitter)

The 190-km dedicated freight corridor between Dadri in Uttar Pradesh and Phulera in Rajasthan, falling under the Western Dedicated Freight Corridor (WDFC) is likely to be dedicated to the nation on 15 August, Business Standard has reported.

The Prime Minister’s speech on the country’s seventy-second Independence Day is likely to feature the announcement, it being counted as a major achievement of the NDA government. This will be the last Independence Day speech by PM Modi in this term and is supposed to set the tone for the upcoming national elections.

Indian Railways to get its first dedicated freight corridor on August 15, 2018 which will increase its freight handling capacity, while reducing congestion on the main tracks.https://t.co/mzvyWkB939 pic.twitter.com/Jz1JFbjwIC

Earlier a test run by the Indian Railways on the corridor was successful as the 190-km test journey was completed within four hours. The locomotive also reached a maximum speed of 100 kmph during the trail run.

The total cost estimate for the two dedicated freight corridors - eastern and western - is Rs 81,459 crore with the Japan International Cooperation Agency providing over Rs 38,000 crore as loan for the WDFC. The Railways plans to commission both the corridors by April 2020.

A government official quoted in the report said, “The feeder route at Tundla is already in place and the Ateli-Phulera route will be functional on August 15.”

“There will be at least 10 feeder lines in the western corridor only connecting the main line to the supply freight. This is going to reduce the traffic by more than half in these busy routes,” he added.

Although conceptualised in 2008, the work on the corridor gained pace only in the last four years with land being acquired and contracts being awarded for the route. Availability of funds through the loan was also ensured by the NDA government even as cost of the project ballooned 189 per cent from the 2008 price of a little over Rs 28,000 to the current Rs 81,459 crore.