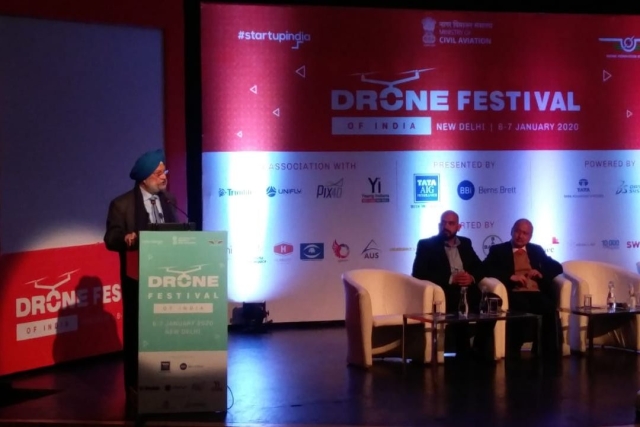 The minister was speaking at an industry event -- 'Drone Festival of India' -- which was organised in New Delhi.

According to the minister, BVLOS experiments will be conducted later this month.

The development assumes significance as these test fights will pave the way for a new draft Civil Aviation Rules (CAR) which will be framed by aviation regulator DGCA.

On 4 January, IANS had reported that BVLOS experiments will be conducted in various airspaces across the country which have been identified by the Directorate General of Civil Aviation (DGCA) and the Airports Authority of India (AAI).

The story had reported that experiments will be conducted by selected consortium using different types of 'Remotely Piloted Aircraft System' models.

Consequently, the results of the long-range test flights will be assessed by the BVLOS Experiment Assessment & Monitoring committee. These findings will be used to draft a new policy framework for the long-range BVLOS drone operations.

The move, according to industry insiders, is seen as a major breakthrough for the evolution of the UAS eco-system in India.

In terms of commercial uses, UAS can delivery medicines and other articles, such as food items, in a faster manner across the country.

Besides, these systems can become life savers in the rural and far flung areas to deliver first aid and other essentials.

Other opportunities arising from BVLOS UAS operations at low altitudes are expected to provide cost-effective services such as surveying, photography and precision agriculture.

Furthermore, Puri said that India has the potential to become the global leader in all aspects of the industry such as conceptualisation, designing, manufacturing and operations of the drone systems.

In addition, he said that a balanced approach would be required to be maintained between security and commercial considerations of these systems.