India To Soon Get Its First Armed Drones, Bought From Israel In 2015 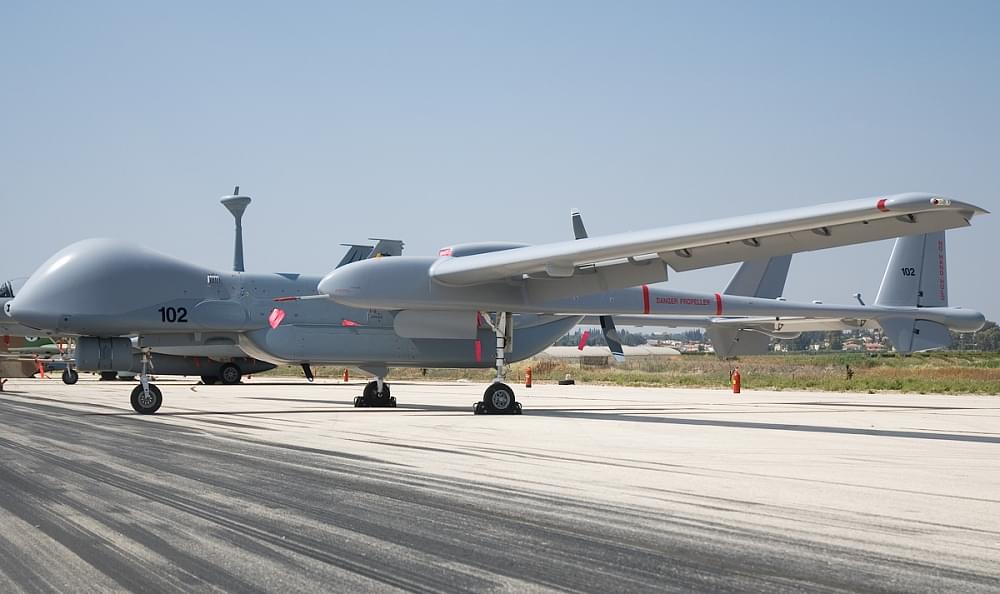 Two years after buying armed unmanned aerial vehicles (UAVs) from Israel, India is likely to receive them after Prime Minister Narendra Modi’s three-day visit, which started today (4 July). The Indian Army had bought 10 Heron TP-armed drones from Israel in September 2015 at a cost of $400 million. These drones will be the first armed UAVs that the Indian Army will operate.

Heron TP-armed drones, which have a 40-hour endurance time and a maximum take-off weight of 5,300 kg, are IAI’s most advanced UAVs. These drones are capable of detecting, tracking and taking down targets with air-to-ground missiles deep inside enemy territories and in areas deemed dangerous for manned aircraft.

According to the Economic Times, the drones are now ready for delivery and are awaiting final payment from the Indian side. India is the largest buyer of Israeli weapons. In April, the two countries signed a $2 billion contract for the supply of advanced medium-range surface-to-air missile systems to Indian armed forces. This, according to reports, is the largest arms contract in Israel's history.