India To Start Trials Of Next-Generation Air To Air Missile Astra Mark 2 By Year-End, To Be Operational By 2022 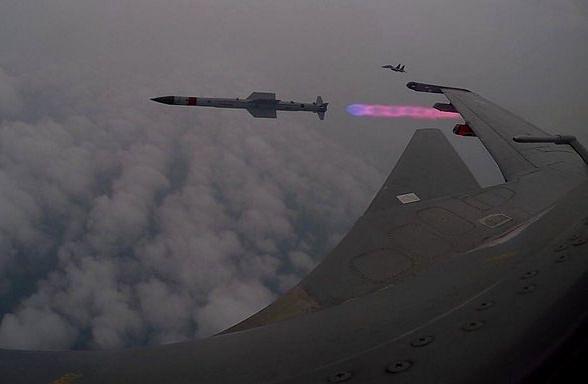 India will commence the testing of Astra Mark 2 beyond visual range air to air missile by the second half of 2021, ANI reports. This will accordingly certify India’s superiority in air combat in comparison to China and Pakistan as the missile is equipped to take down an enemy aircraft from a range of 160 kms.

“The trial for the Astra Mark would be starting in the second half of this year and we are hoping to see the missile fully developed by 2022,” government officials were quoted by the news agency.

Air Marshal SBP Sinha (Retd), ex-Central Air Commander, revealed that this next-generation missile will be operational from the end of next year onward. Astra flies at a speed that is around four times more than that of sound at Mach 4.5. It is a beyond visual air-to-air missile (BVRAAM) and now attempts are being made to integrate the same with indigenous fighter aircraft LCA Tejas.

Astra has a strike range of 100-km and are set to replace the costly French, Israeli and Russian BVRAAMs that are imported to equip the Indian Air Force (IAF) fighters. In fact, the Indian Navy and the IAF have placed their orders for 288 Astra Mark-1 missiles that have already manifested their proficiency on the Sukhoi M-30MKI fighters.