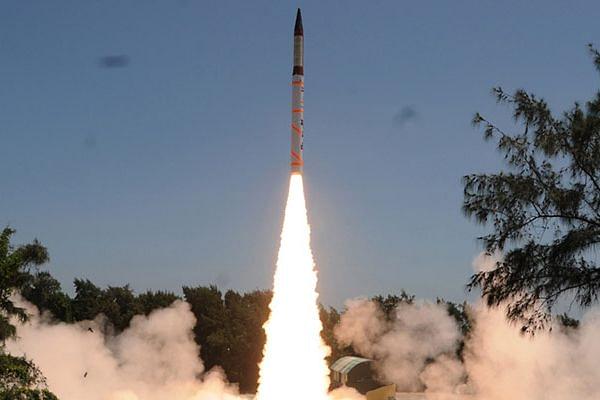 India will test four indigenously developed nuclear-capable missiles later this month. The missiles scheduled to be tested on different platforms are capable of reaching all major cities of Pakistan.

As per the K-4 has been scheduled for 8 November, followed by two versions of BrahMos - surface-to-air and air-to-air - on 11 November, Agni-II on 16 November and Prithvi on 20 November.

Defence Research and Development Organisation (DRDO) will conduct a developmental trial of K-4 missile with advanced navigation systems from an underwater platform off Visakhapatnam coast and Strategic Forces Command (SFC) will carry out user trials of Agni-II and air-force version of Prithvi missile off Odisha coast.

BrahMos Aerospace will test fire two rounds, one from land-based platform and another from fighter aircraft Sukhoi-30 MKI to further demonstrate the weapon’s ability for precision hit.

But the test which will draw most attention from experts will be the underwater missile capable of deceiving enemy radars and target important installations deep in Pakistan from a standoff distance in the Bay of Bengal.