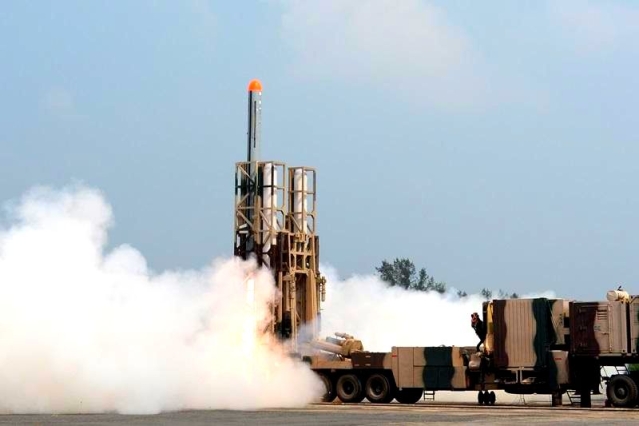 After test-firing five different missiles in the last two weeks, India is getting ready to test-launch its Nirbhay subsonic cruise missile.

This report in ThePrint says the test-firing of the Nirbhay missile “is likely to take place by the end of October or in early November.”

The nuclear-capable missile, developed by the Defence Research and Development Organisation, is capable of reaching a speed of 0.7 Mach. It has the ability to loiter and can strike targets at a range of around 1,000 km. Given that it can fly as low as 100 meters, the missile can also evade enemy defences.

This test-launch of the missile is likely to be the last one before its formal induction. It has already undergone multiple rounds of testing.

However, reports suggest the Nirbhay cruise missile has already been deployed in “limited numbers” to deter the Chinese in eastern Ladakh.

India has test-fired five missiles in the last two weeks.

In the first five days of the current month, India has tested its hypersonic nuclear-capable Shaurya missile and an anti-submarine weapon system called Supersonic Missile Assisted Release of Torpedo or SMART.

All these missile tests have been reported successful.

Coming amid the ongoing India-China standoff in eastern Ladakh, experts say the test carry a message for the People’s Liberation Army.