India Will Not Back Down: Shri Amarnath Yatra To Begin On 1 July, Decision Taken At Shrine Board Meeting 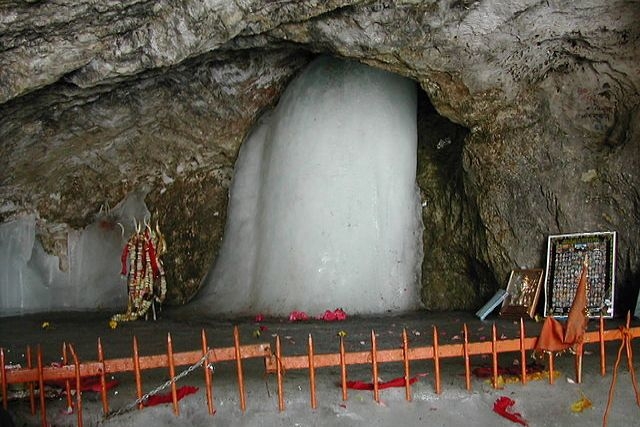 The annual pilgrimage to the Shri Amarnath cave shrine in the Himalayan region of Jammu and Kashmir will begin on 1 July. A decision in this regard was taken at the thirty-sixth meeting of the Shri Amarnathji Shrine Board (SASB) under the chairmanship of state’s Governor Satya Pal Malik, a Raj Bhawan official said, reports The New Indian Express.

The 46-day-long yearly pilgrimage is managed by the SASB on the traditional Pahalgam route in Anantnag district and the shorter, Baltal track, in Ganderbal district.

The board, based on the approach set by the committee headed by Sri Sri Ravi Shankar, decided that the pilgrimage will begin on 1 July and would conclude on 15 August.

Taking into account the carrying capacity of the track and the available infrastructure in the Yatra area, it was decided that 7,500 pilgrims per day would be allowed on each of the two routes, excluding those travelling by helicopters, to secure advanced registration, the official said.

“CEO (Chief Executive Officer) shall widely publicise that no person below the age of 13 and above the age of 75 shall be permitted,” the official added, reported TNIE.