Indian Air Force Receives First Rafale Fighter Jet In France; To Arrive In India In May 2020 After Trials 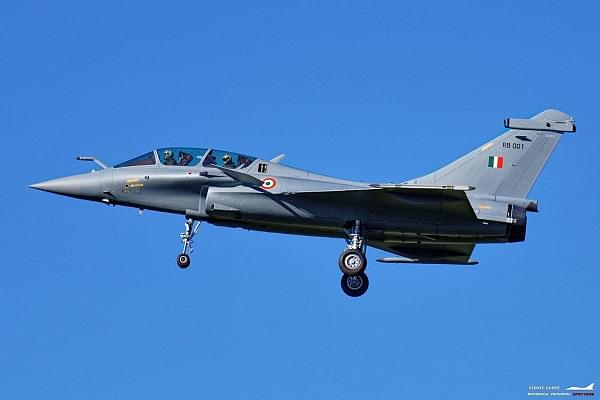 An IAF officers team led by Air Marshal VR Chaudhary was handed over with the first aircraft with tail number RB-01. Chaudhary also flew in the aircraft after receiving it.

The tail number RB-01 has been named after IAF Chief-Designate Air Marshal RKS Bhadauria for having played a vital role in the long going deal.

The aircraft was delivered to IAF in full acceptance mode, according to the contract. However, it will now be on trials and tests for another seven months in France. The official induction into the IAF will take place on 8 October during Defence Minister Rajnath Singh’s visit to France.

The planes will finally arrive in India only in May 2020 after getting green-signal on India Specific Enhancements and training of pilots and personnel. Several India-specific modifications have been made in the aircrafts on IAF’s request.

The IAF has planned to deploy the fighter jets at its airbases in Ambala in Haryana and Hashimara in West Bengal with one squadron trained with the aircrafts at each base.