Indian Air Force To be Delivered First Four Apache Helicopters On 27 July; Hindon Air Base To Be Temporary Abode 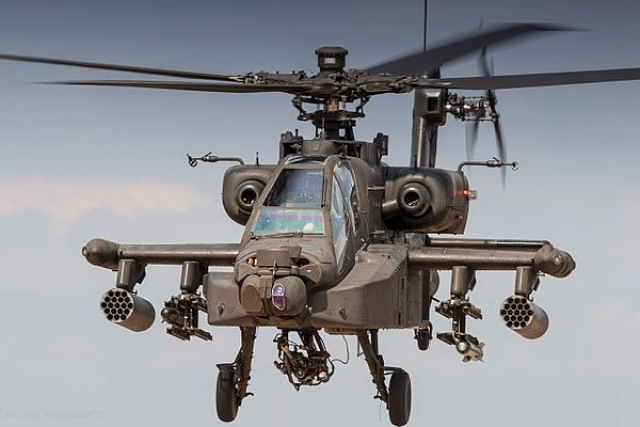 The Indian Air Force (IAF) would receive the delivery of first four Boeing Apache helicopters on 27 July and four more would be delivered a few days later, Livefist has reported.

The package of these eight Apaches would temporarily be based out of the Hindon Air Force Base on the outskirts of Delhi before their eventual induction at the Pathankot Air Force Base. This induction is expected to be completed by early September.

In total, IAF will receive 22 advanced multi-role Apache helicopters in a deal worth $1.1 Billion. These choppers are expected to replace the ageing Russian Mi-35 assault helicopters. These helicopters would be split into two squadrons.

The helicopters will come to India in semi knocked down formats and the entire platform will be reassembled in India, and re-tested before being formally sent to their bases across the country.

The IAF has already received the delivery of six Boeing made Chinook helicopters out of which four have been inducted at the Chandigarh Air Force base in IAF’s 126 Flight squadron.