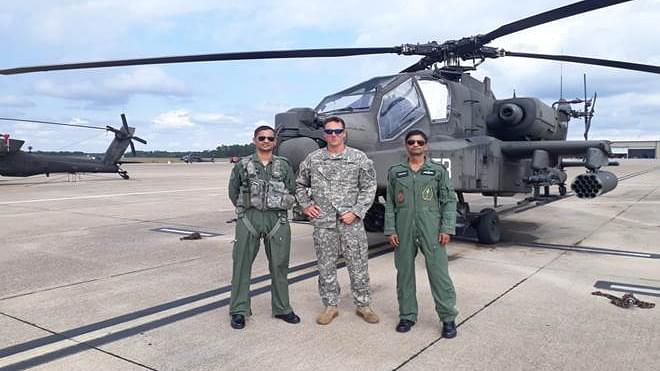 Indian Air Force is all set for a major muscle upgrade, as it receives first four of the 22 Boeing AH-64E Apache attack helicopters in two months time.

Revered as the world's most advanced multi-role combat helicopter, Apache is the first ever complete attack helicopter in IAF’s stable. These will significantly bolster the attack capabilities of the Indian Air Force, and add to the Indian might. These will be received in India in semi knocked down (SKD) format, and the platform will then be reassembled in India, re-tested, and then be formally sent to their respective bases.

Various Indian private sector companies have also contributed to the making of these helicopters with companies like Dynamatics providing engineering solutions while Tata-Boeing joint venture providing complete fuselage for the same, built in a facility at Hyderabad.

The contract signed between the governments of India and US also has an inbuilt clause for follow-on orders for 11 more Apaches. The US has also approved the sales of fire control radars, much feared Hellfire Longbow missiles, high-precision Stinger Block I-92H missiles, night vision sensors, and inertial navigation systems.

The helicopters will come to India in semi knocked down formats and the entire platform will be reassembled in India, and re-tested before being formally sent to their bases across the country.