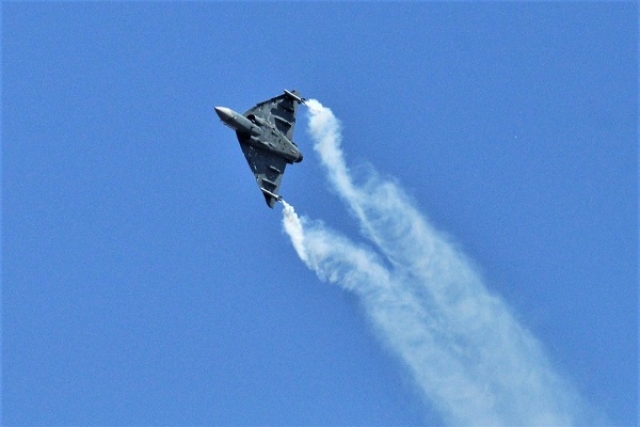 As per a Facebook post by the IAF, two Tejas aircraft along with the participation team has left for Malaysia and will reach its destination via Myanmar.

Also in the convoy is a C-130J Super Hercules aircraft which will be used to provide logistic support for the deployment of Tejas.

In total two Tejas aircraft, one C-130J, one IL-76 aircraft, 27 officers, 42 air-warriors and 11 HAL officials would be part of the delegation.

This air show provides an opportunity for Tejas to showcase its aerial ability. It has been reported that the Malaysian Air Force has shown a keen interest in acquiring the jet but it would have to stave off competitors like the Russian Yak-130.

Tejas would be part of both static and aerial displays at the air show which was also scheduled to have the participation on Pakistan’s JF-17 jet but the latter has now pulled out from the event.

Tejas is expected to be evaluated by the Malaysian authorities as part of their initial procurement procedure.