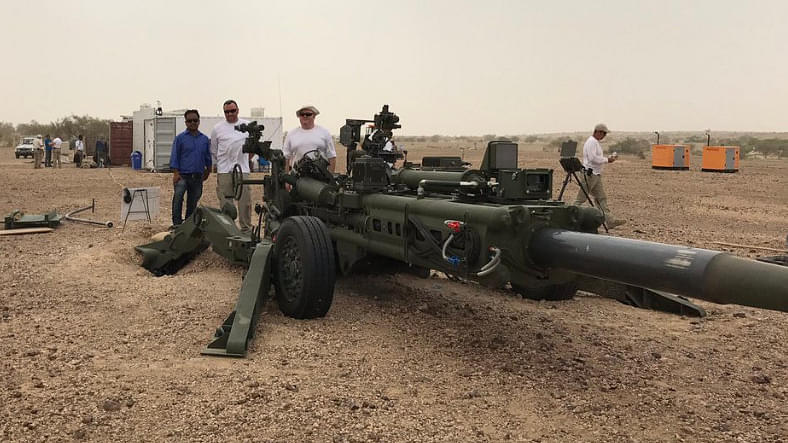 Following the procurement of M777 ultra light Howitzers from the United States, two of which were delivered to the Indian Army last month, the artillery pieces have been brought to the Pokhran firing range for field trials before induction. These guns are the first addition to the Indian artillery strength in over 30 years.

A group of the Indian Army's artillery regiment started the development of firing table. Firing was done on Tuesday night and indirect off fire was performed on Wednesday.

Manufactured by BAE Systems, the guns were bought by India in a $737 million deal inked in November 2016. Of the 145 guns sold to India under the Foreign Military Sales Programme of the US government, 25 will be imported and the remaining assembled in India in partnership with the Mahindra group.

The purchase of these guns was a part of the Army’s wider strategy, drawn in the Field Artillery Rationalisation Plan of 1999, aimed at acquisition of 3,000 modern artillery systems of various types, to equip its 220 artillery regiments by 2027.