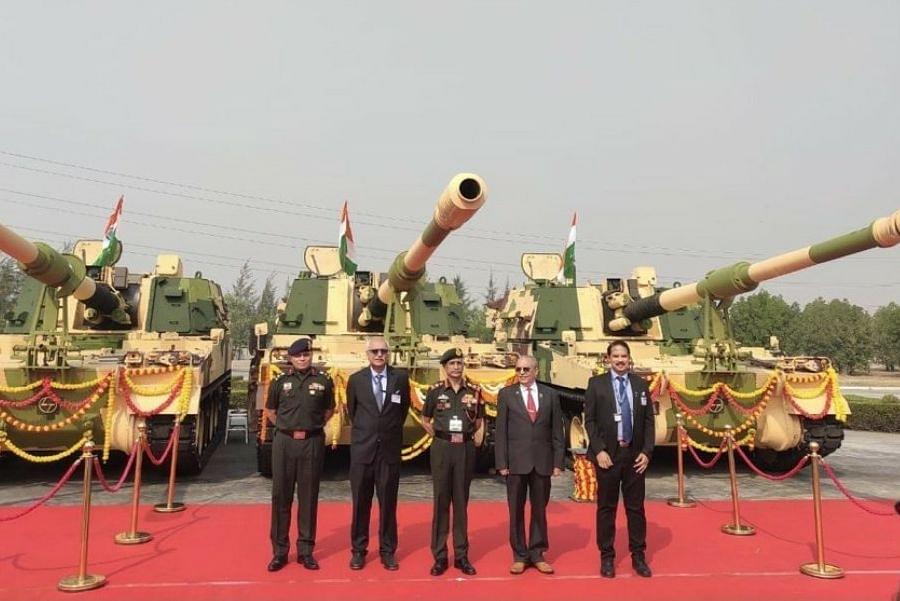 Indian Army has begun the testing of its all-new 155mm/52-calibre K-9 Vajra self-propelled howitzers in the terrains of Ladakh, reports Times of India.

Built in Gujarat by a joint venture of Larsen & Toubro (L&T) and South Korean weapons major Hanwha Defence, the Indian Army has completed the procurement of 100 such howitzers for a cost of Rs 4,366 crore and has now deployed three of the units in Ladakh to assess their suitability and efficacy for deployment in the high-altitude region where the temperatures can fall well below minus 20 degree Celsius.

It should be noted that the last of the 100 howitzer guns was flagged off by Indian Army's Chief of Staff General MM Naravane on Thursday (18 February) from the Armoured System Complex of L&T at Hazira near Gujarat's Surat city.

The order for the 100 howitzer units was placed by the government in 2017, and it is likely that based on the performance of the howitzers in Ladakh, the Indian Army could consider placing additional orders for the same.