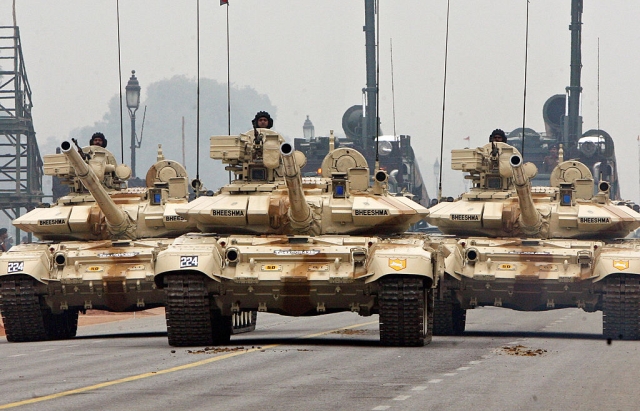 Gearing up for the potential need for use of force to push back belligerent China from the Line of Actual Control (LAC) in Eastern Ladakh and upping the battle preparedness, India has deployed six T-90 tanks on the frontline in Galwan Valley, reports Hindustan Times.

In addition to the deployment of T-90 Bhishma tanks, India has also deployed top-of-the-line shoulder-fired anti-tank missile systems in the Galwan Valley.

This comes even as India has already deployed infantry combat vehicles and 155 mm Howitzers all along the 1,597 kilometres long LAC in the Eastern Ladakh region. Two tank regiments have also been deployed in the Chushul sector.

The Indian Air Force and Indian Navy have also been in the highest level of alertness to initiate a befitting response against any possible Chinese misadventures.

Meanwhile, senior corps commanders from Indian Army and China's People's Liberation Army (PLA) are set to meet again today at Chushul to work out a de-escalation and disengagement plan.