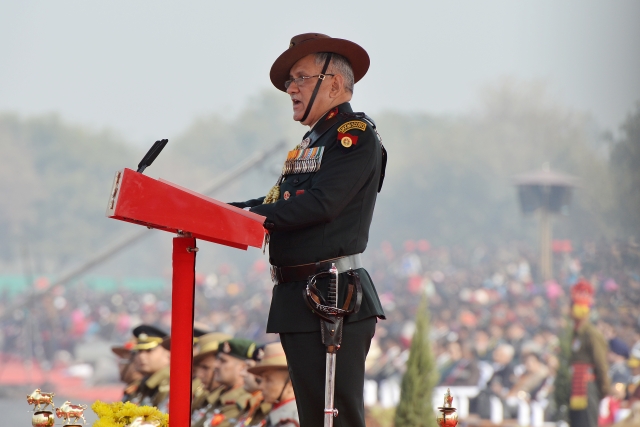 The Army Chief General Bipin Rawat on Saturday (22 June) reviewed the preparations of the Indian Army to respond to the unending ceasefire violations, counter-infiltration grid and the strategy to deal with provocations by Pakistan on the Line of Control (LoC) and the international border, reports Indian Express.

Post the review of the situation and preparedness on ground, General Rawat expressed confidence and said that the troops were fully prepared to meet all security challenges.

During the review, which was held in the Akhnoor sector, General Rawat was briefed by Lt General Paramjit Singh, General Officer Commanding, White Knight Corps and the field commanders on the ground.

Rawat was also briefed on the adoption of technology with operational techniques and integration of force multipliers, which has increased capabilities of the Army manifold.

During the visit, General Rawat also awarded Commendation cards to five soldiers for their action in the face of the enemy.