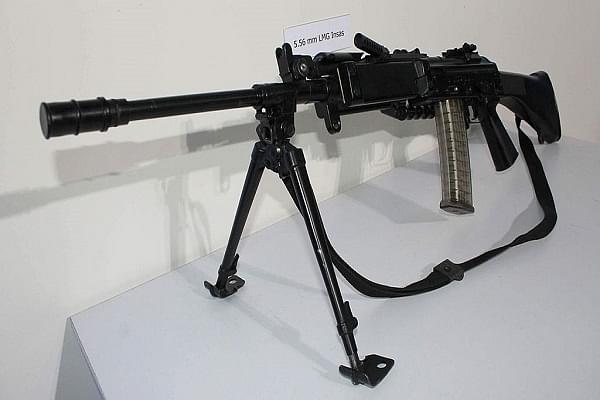 An INSAS LMG Representative Image (Pic by Supradip01 via Wikipedia)

The Indian Army has started its search from new light machine guns (LMG), with an army-lead team is visiting three countries to obtain 16,400 rifles for the infantry under fast track procedure (FTP), the Economic Times reports.

Officials said that the team departed for Bulgaria a few days back to meet representatives from gun and ammunition manufacturer, ‘Arsenal’. The team would then head to Israel and meet Israel Weapon Industries (IWI) and South Korea’s S&T Motiv. The trio had responded with bids to the Army’s call to procure LMGs under FTP.

The Indian Army was also set to visit US-based Sig Sauer, but since the company withdrew citing existing order of 72,400 assault rifles for the Indian Army under FTP, among other orders.

The Defence Acquisition Council led by Defence Minister Nirmala Sitharaman had cleared the acquiring of the LMG’s under FTP in February. The team consists of officials from the defence ministry to evaluate the LMGs.

Defence ministry uses FTP to procure urgent operational requirements of the regular and special forces, and also when there is unforeseen delayed cases, leading to adverse effect in the armed forces’ capacity.

The team is expected to return to India by May-end and then would call the manufacturers here to carry out compatibility tests with Ordnance Factory Board-produced ammunition at firing ranges.