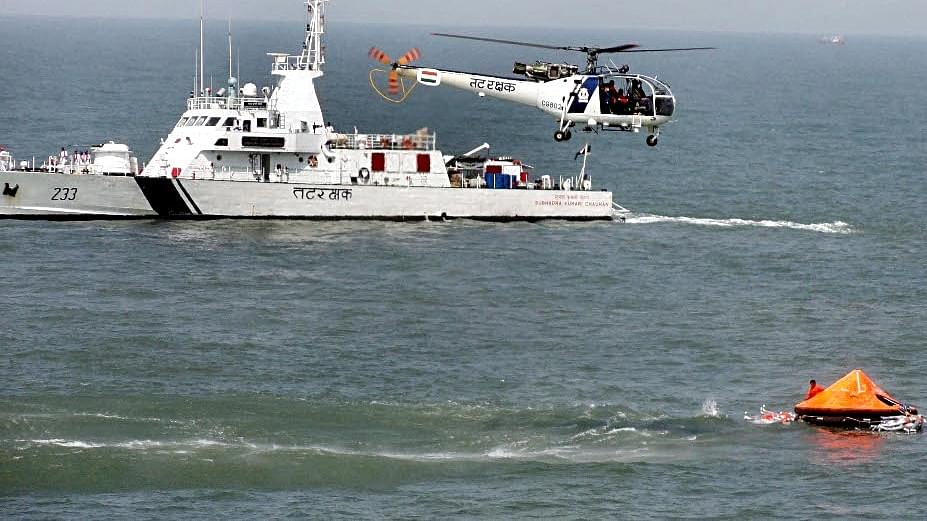 The Indian Coast Guard (ICG) has seized contraband drugs worth Rs 300 crore from a Myanmar ship in the Indian Ocean region, officials said on Saturday (21 September).

Defence Minister Rajnath Singh congratulated the ICG on Saturday for the successful operation.

According to the ICG officials, the cargo was suspected to be part of a larger drug networking cartel operating in the Indian Ocean region.

The massive drug seizure was made on 19 September by ICG ship Rajveer near the Car Nicobar Islands of India. Officials said nearly 1,160 kg of the ketamine drug was seized in the co-ordinated sea-air operation from the vessel that was later found to belong to Myanmar.

An official said that the six crew members onboard the Myanmar ship were taken into custody on Saturday and were being interrogated by officials of the Narcotics Control Bureau and local police in Port Blair of Andaman Islands.

The boat carrying the drug consignment sunk in the Indian Ocean after sea waters flooded its deck when the ICG was ferrying it from Car Nicobar to Port Blair.

“Surveillance aircraft of the coast guard sighted the suspicious vehicle on 18 September. The ship did not respond to messages relayed through VHF. Hence, ICG ship Rajveer was directed to intercept it. The crew on the Myanmar vessel tried to evade the Coast Guard ship when intercepted near Car Nicobar on 19 September. Its deck was unlit,” said an ICG official.

Sources said the crew have revealed during interrogations that they started their journey with the drug consignment from Damson Bay in Myanmar on 14 September and had instructions to transfer the consignment, packed in 57 gunny bundles, to another ship operating near the Thailand-Malaysia border.