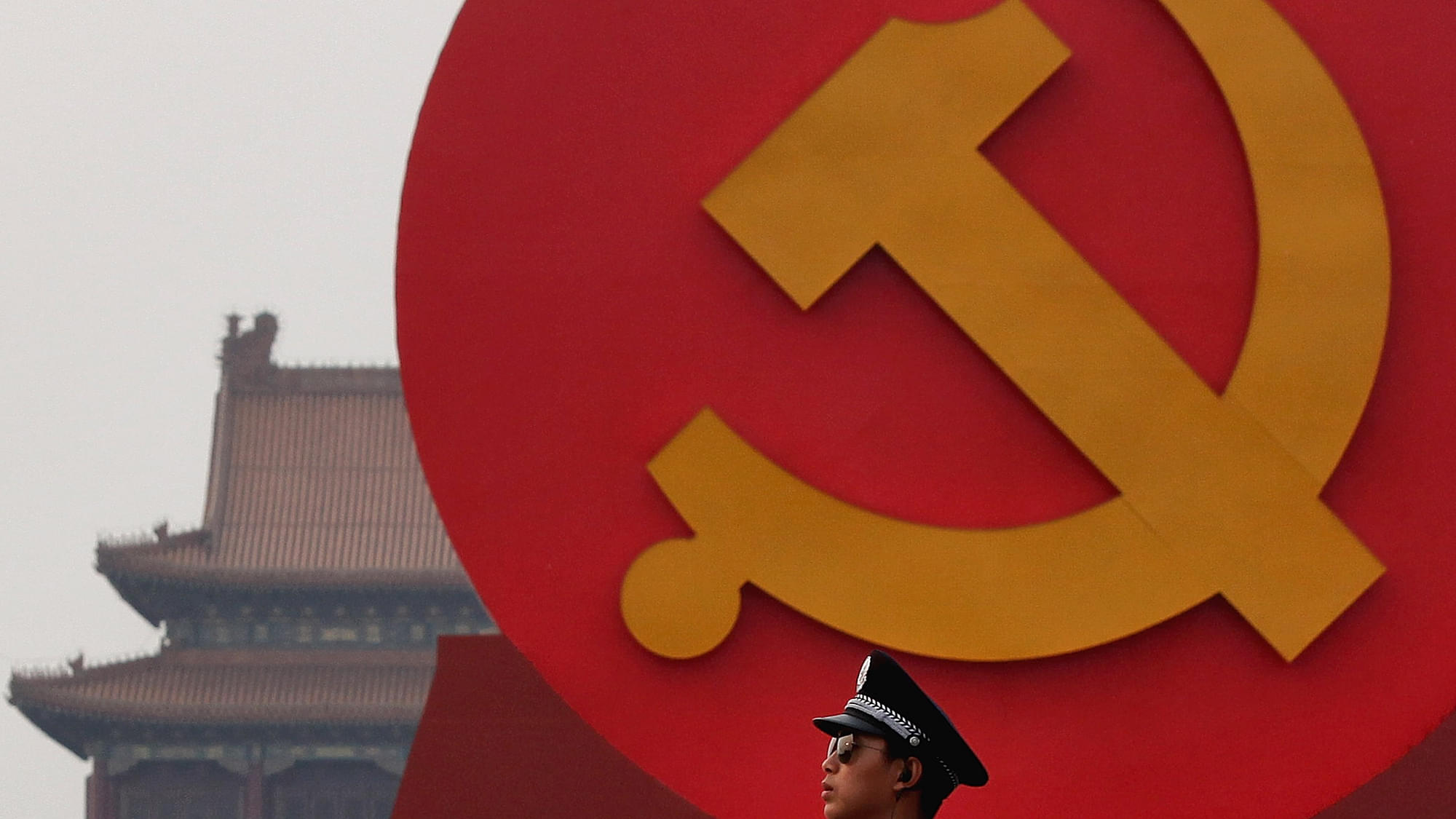 A policeman patrols under a giant communist emblem on the Tiananmen Square.(Photo by Feng Li/Getty Images)

"International finance capital-led imperialist neoliberal globalisation is showing its total bankruptcy in providing any solution. The exemplary manner in which the PRC (People's Republic of China) tackled and contained the Covid pandemic, reopened its society and economy with the requisite precautions and put back the economy on a growth trajectory, is a lesson for the world establishing the superiority of socialism as a system over capitalism," CPM general secretary Sitaram Yechury said in his letter to Chinese premier Xi Jinping.

"The efforts to eliminate inequalities and corruption, raising the quality of life have put PRC on the path for achieving the centennial goal of building a 'modern socialist country that is prosperous, strong, democratic, culturally advanced and harmonious' by 2049," Yechury said.

However, the Bharatiya Janata Party (BJP) and Congress avoided sending any congratulatory message to the CPC.