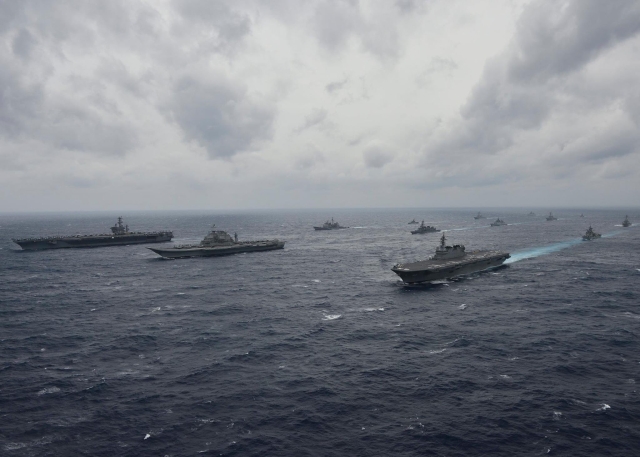 The Malabar naval exercise is by the Indian Navy is all set to become a Quadrilateral Security Dialogue (QUAD) event with India confirming the participation of Australian Navy at the 2020 edition of the exercise.

A press-release by the government states that, "as India seeks to increase cooperation with other countries in the maritime security domain in the light of increased defence cooperation with Australia, Malabar 2020 will see the participation of the Australian Navy."

The 2020 edition of this exercise will be held in the Bay of Bengal and the Arabian Sea.

The Malabar exercise began in 1992 as a bilateral exercise between the Indian and US Navies and was expanded to include the participation of Japan in 2019.

The latest expansion to include all QUAD members comes at a time when India is locked in a confrontation with China along the Line of Actual Control (LAC).

Recently, the QUAD nations held a meeting in Tokyo which was attended by External Affairs Minister S Jaishankar. The event was opposed by China.