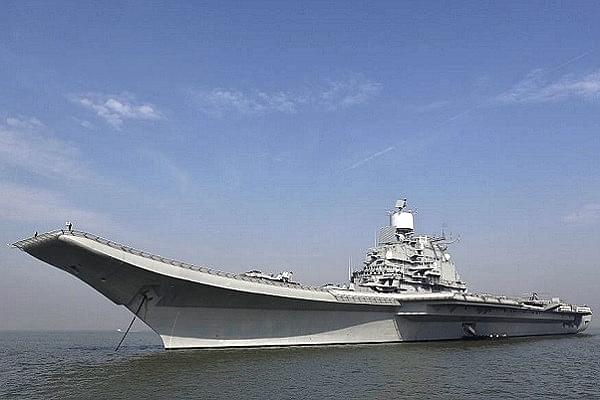 The Indian Navy has called upon the Indian defence establishment for a third aircraft carrier, while calling it a tactical necessity, Indian Express has reported.

A top naval officer quoted in the report has said that thee aircraft carriers for the Navy are a tactical necessity as a third aircraft carrier will provide the surge capacity which will be required in the future.

"When the second carrier is commissioned, the first one will go for refitting, so we will again be left with one. But if you have two, in the field of war, it increases your options by a lot", the officer has been quoted as saying.

The officer added that another advantage of building a made-in-India aircraft carrier is that 90 per cent of its expenses are reinvested into the Indian Economy.