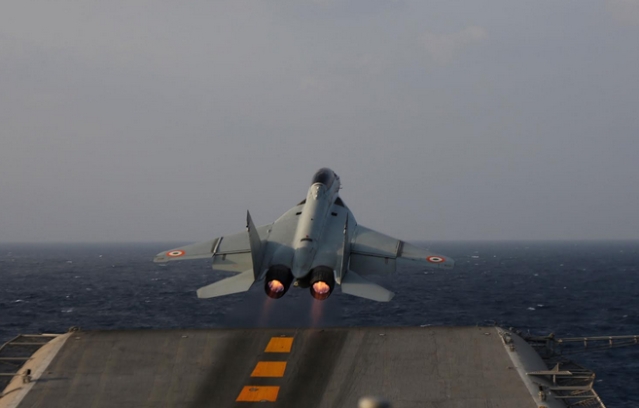 A Mig-29K fighter jet belonging to the Indian Navy crashed in Goa on Saturday (15 November), soon after it took off for a training flight, reports the Times of India.

The fighter jet's right engine had caught fire while in the air after being hit by a bird, observing which, the two ace pilots successfully ejected out and landed on the surface. Both the pilots, Captain M Sheokand and Lt Commander Deepak Yadav are reported to be safe.

It should be noted that the crashed aircraft was a dual-seater trainer version of the fighter jet. Also, the aircraft crashed in an open area and no casualties of any kind have so far been reported.

The aircraft had taken off from naval air station INS Hansa situated at Dabolim in the State of Goa. It should be noted that the air naval station at Dabolim also has a civilian terminal which serves as an airport for civilian flights to operate from in the State.