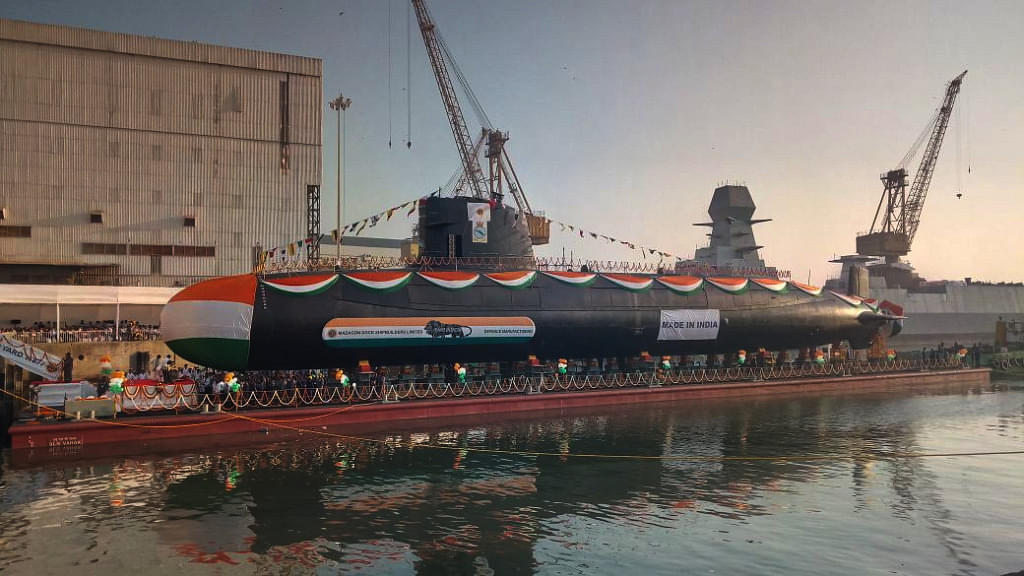 INS Vela is the fourth to roll out in the series, leaving the last two- INS Vagir and INS Vagsheer, which are in the advanced stages of manufacturing remain. (image via @indiannavy/Twitter)

Indian Naval Service (INS) on Monday (6 May) have launched the fourth submarine of the Scorpene-class, INS Vela equipped with modern machinery and technology, New Indian Express reports. The submarine will undergo tests before getting inducted into Indian defence fleet.

INS Vela which was first commissioned in 1973, and was the oldest submarine when it was decommissioned in 2010, after serving the Indian Navy for 37 years. The recommission is the fourth of the six Scorpene-class submarines being built by state-owned Mazagon Dock Shipbuilders limited (MDL).

To improve its underwater capabilities, India signed a contract with France to build six submarines in 2006. The French firm Naval group (formerly DCNS) and Mazgaon Dock Limited are into the joint venture under an ambitious, $3 billion Project-75.

Starting from INS Kalvari in 2017, two other submarines - INS Khanderi and INS Karanj, are already in advanced stages of getting commissioned into the Naval fleet.

INS Vela is the fourth to roll out in the series, leaving the last two- INS Vagir and INS Vagsheer, which are in the advanced stages of manufacturing remain.

The Scorpene class submarine project will incite a big leap towards India's self-reliance in the defence sector under the "Make in India'' initiative.