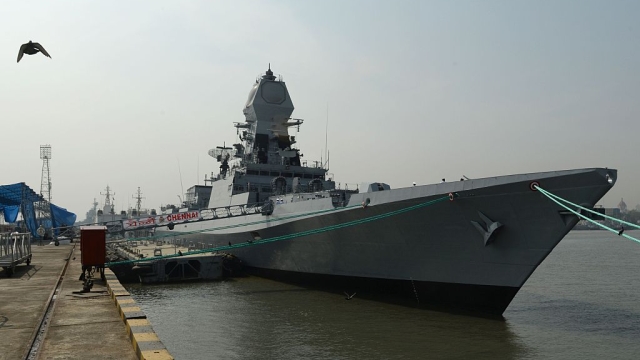 Indian Navy's advanced Project-15B just received a major boost as the Cabinet Committee on Security (CCS) has given its nod for installation of a package of lethal weapons and sensors on all of the four guided-missile destroyer ships which are being developed under the project, reports The Times of India.

The gamut of advanced weaponry which would be acquired for deployment on the four destroyer ships would cost Rs 6,150 crore and take the overall cost of the entire Project-15B to Rs 35,800 crore.

The first of the four destroyers, INS Visakhapatnam is expected to be commissioned in 2021-22. It would be followed by commissioning of the next two destroyers under the project, INS Mormugao and INS Imphal. Meanwhile, the fourth destroyer ship is still to be named.

The state-of-the-art destroyer ships which are being developed by state-owned Mazagon Docks in Mumbai would be armed with renowned BrahMos supersonic cruise missiles and next generation Barak surface-to-air missiles along with 127 mm guns and rocket launchers.