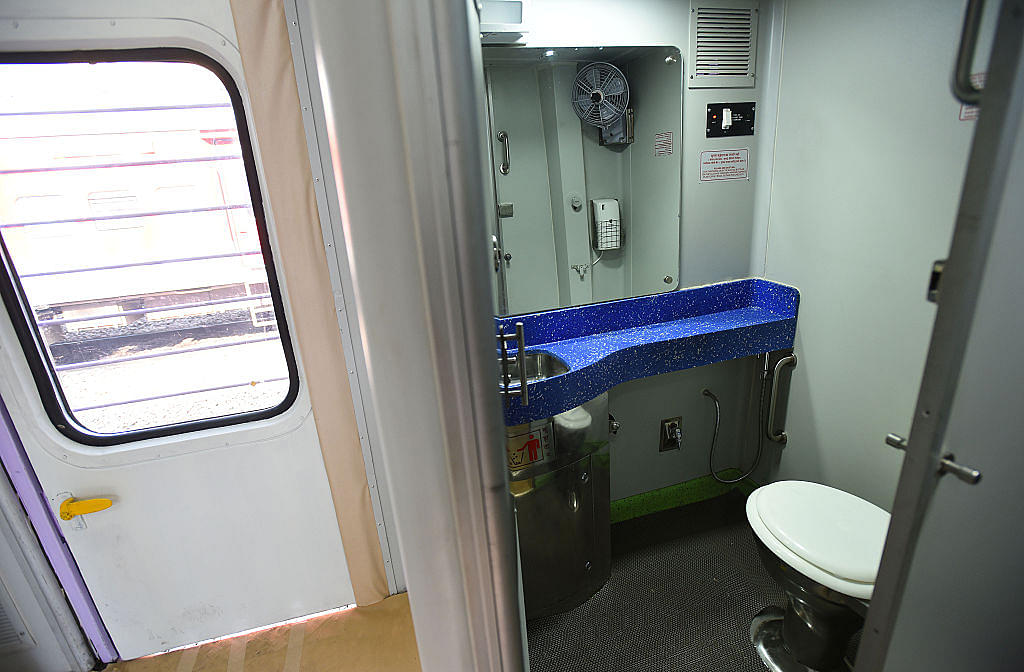 The Indian Railways has spent Rs 1,500 crore to install 2,58,906 bio-toilets in all of its long-distance trains to considerably cut down corrosion and filth on its tracks.

The aircraft-style toilets were inducted in 73,078 coaches by May-end and this is set to stop the littering of almost 2,74,000 litres of waste and human excreta on the railway tracks.

Such a system will enable the national transporter to cut around Rs 400 crore out of its total expenditures that would have otherwise been spent in maintenance of rails and fittings that get corroded by human waste.

“Not only will the railways save money by not paying for the (railway) tracks to get cleaned but will also increase the lifetime of the tracks,” an official from the railways was quoted in a report by Money Control.

The newly developed bio-vacuum toilets, designed by the railways in association with the Defence Research Development Establishment (DRDE) and Research Design and Standard Organisation (RDSO), decompose the human excretory waste in the digester tank and thereby convert it into water, carbon dioxide and methane gas.

Moreover, this new mechanism will help the trains to practice water conservation as bio-vacuum toilets consume merely 500 ml of water per flush as compared to 10 liters-15 liters of the same in each flush in previously used toilets.

Attachment of censors along with replacement of S-trap pipes with P-trap pipes are some of the measures planned to prevent clogging in these refurbished toilets.