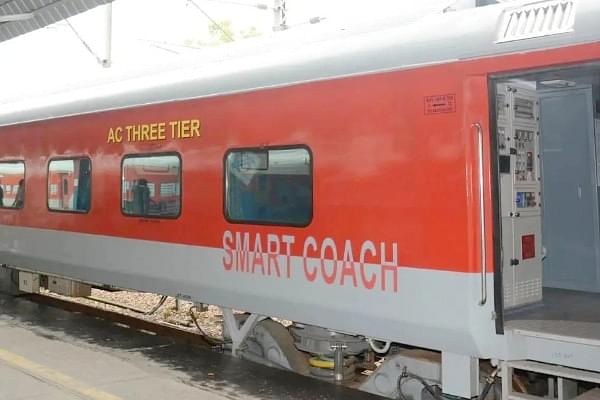 Indian Railways will roll out smart coaches with a black box and artificial intelligence powered CCTV cameras, The Hindu has reported. These features are in sync with international standards.

Coaches have been equipped with sensors that can detect defects on bearings, wheels and the railway track. These sensors will give constant inputs to those in control rooms to avoid accidents, carry out maintenance, and to improve the efficiency of railway operations.

The railways would also use Internet of Things to track wheels, coach and tracks. The coaches would also be equipped with an emergency talk back feature.

The first smart coach was unveiled at the Modern Coach Factory in Rae Bareli on Tuesday (25 September). The smart coach project is a part of the railways’ drive to improve the safety and security of commuters.

The black box introduced in the smart coach has a multi-dimensional communication interface to provide information on passengers and coach condition in real time. Six cameras installed in each smart coach will provide live recording. The footage which can be accessed from the control room will aid law enforcement agencies when they are investigating crimes.