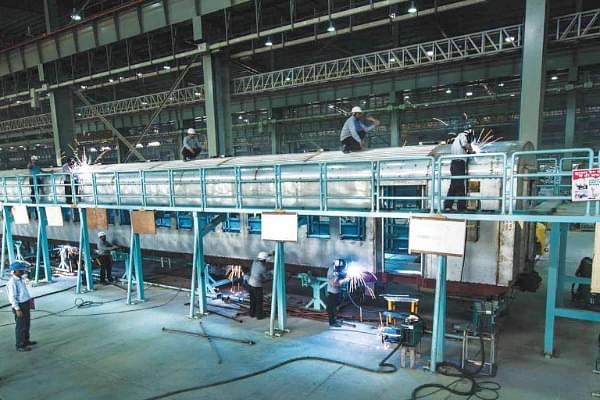 The Indian Railways has initiated action to acquire the necessary technology required to build aluminium body coaches in its railway factory as per a written reply by Piyush Goyal in the Indian Parliament, Rail Analysis has reported.

The railways is also planning on operating trains using modern LHB coaches by default as opposed to the conventional ICF ones.

In case of aluminium body coaches, as reported by media outlets in the past, these coaches are capable of running on speeds up to 250 kmph and are also more cost effective.

Unlike stainless steel, aluminium coaches are not prone to corrosion hence require less maintenance. The coaches are also lighter in comparison and save 3 tonne worth of material per coach.

The coaches can also be commissioned into service much longer (40 years) as opposed to the life cycle of 20-35 years for LHB coaches and 25 years for ICF coaches.

Indian Railways is also planning on eventually exporting the aluminium coaches in the future.