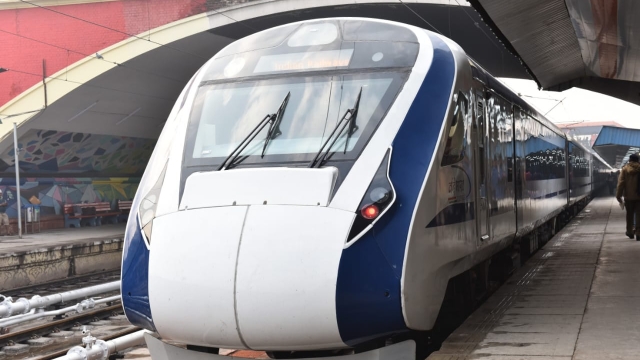 The Train 18 has propelled to success since its successful running across two busy routes, the New Delhi - Varanasi Junction and New Delhi - Mumbai Junction.(image via @rabiulislam01/Twitter)

The Train 18 has propelled to success since its successful running across two busy routes, the New Delhi - Varanasi Junction and New Delhi - Mumbai Junction. Earlier it was reported that the Vande Bharat express created a record of being on time on almost all days of service,

Train-18, a semi-fast train, was rebranded as Vande Bharat Express in January to acknowledge the Make In India status of the train.

Made by the Integral Coach Factory (ICF) in Chennai, the first locomotive-less train of the country is regarded as a successor to the 30-year old Shatabdi. It was built in a record time of 18 months at the cost of Rs 97 crore.

The trains would be available for export after the domestic demand for the same is met. The Railways is planning an infusion of Rs 2,500 crore into infrastructure projects, of which Rs 500 crore would go to ICF for manufacturing the Train-18.