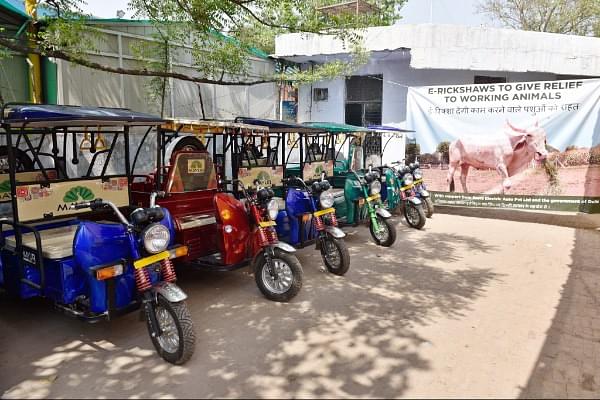 Tesla still doesn’t sell in India but it does in China. The Financial Times even ran a story with the title ‘Why The Future of electric cars lies in China?” It’s true that sales of electric cars and motorcycles are eclipsed by those in China. However, there is a third type of electric vehicle that the outside world isn’t taking into account. It’s the humble e-rickshaw that has become the mainstay of Indian cities and towns.

Bloomberg has reported that there are about 1.5 million e-rickshaws plying on Indian roads, a count higher than the total number of battery-powered passenger cars sold in China since 2011. This is all the more impressive because this silent revolution, both literally and figuratively, took place in the Indian subcontinent, almost organically and in response to market forces with little help from the government.

On the other hand, the Chinese state artificially created and sustained an electric car market with subsidies and policy benefits.

According to the consulting firm, AT Kearney, India adds about 11,000 e-rickshaws every month. One of the reasons for the high demand is that e-rickshaws are cheaper to run than their petrol variants.