India’s Exports Expected To Touch $32.38 Billion In March, Highest Ever In A Single Month: Suresh Prabhu 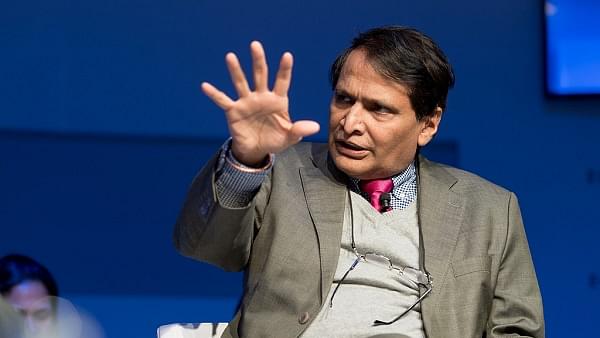 Union commerce minister Suresh Prabhu on Wednesday (3 March) stated that India’s exports are expected to touch $32.38 billion in March, the highest ever in a single month, reports The Hindu Business Line (BL).

The commerce minister will release March trade date on 15 April.

Prabhu said that India’s total exports for the year 2018-19 will cross the $331-billion mark, which will make FY19 the best financial year on record for exports from the country. He noted that though the country’s exports were declining for a long time,“ this year, we would have record exports”.

“The figures in 2018-19 will be the highest ever at a time when there is a worst scenario in the world trade front,” he added.

The minister noted that for the “first time”, Indian pharmaceutical exports have crossed the $19 billion mark in the current fiscal. “Outbound shipments are growing because of concerted efforts by the Ministry in the last one year. We created a matrix between every product and every geography. Secondly, we had done (a) series of road shows,” Prabhu said.

When The Going Gets Tough

It should be noted that India’s impressive performance on the exports front comes amidst a challenging international environment characterised by a global economic slowdown and rising protectionism amidst US-China trade war and US President Donald Trump’s ‘America First’ posture.

India witnessed a healthy growth rate of 8.8 per cent over the corresponding figure for last year. The trade deficit reached a 17-month low in February as exports for the month surpassed previous year’s figure by 2.44 per cent. At the same time, the imports contracted by 5.4 per cent. This brought down the trade deficit to $9.6 billion as compared to $12.3 billion in February of the previous year.

Also Read: An Economic Manifesto For The New Government, Whoever Comes To Power