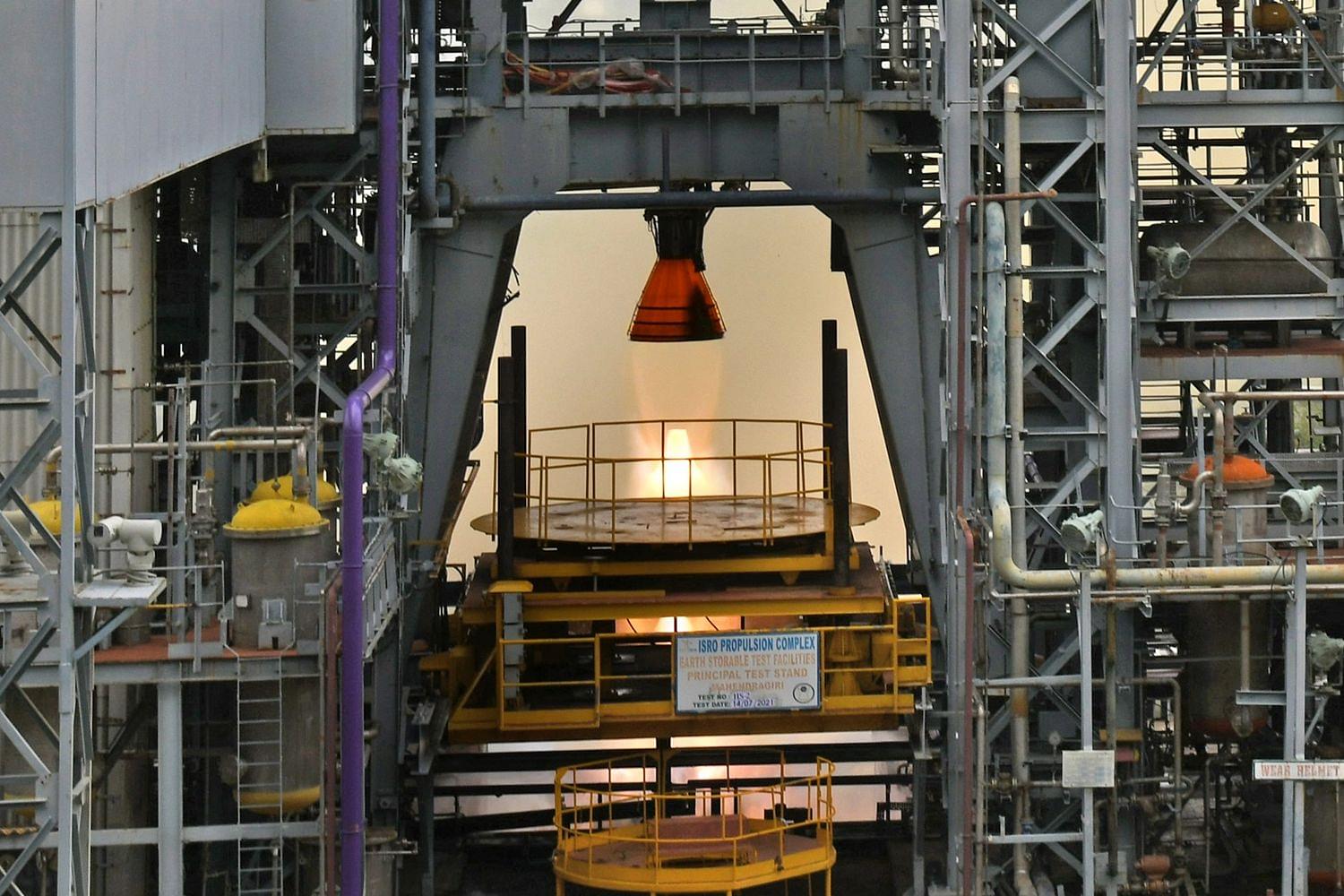 In a statement on Wednesday (14 July), ISRO said that it has successfully conducted the third long duration hot test of the liquid propellant Vikas Engine for the core L110 liquid stage of the human rated GSLV MkIII vehicle.

The test is part of the engine qualification requirements for the Gaganyaan Programme, according to the ISRO.

"The engine was fired for a duration of 240 seconds at the engine test facility of ISRO Propulsion Complex (IPRC), Mahendragiri in Tamil Nadu," the space agency said.

The performance of the engine met the test objectives and the engine parameters were closely matching with the predictions during the entire duration of the test.

It should be noted that the four Indian Air Force (IAF) pilots, who have been chosen for India's first human spaceflight mission Gaganyaan, have completed their training in Russia and are currently on a mission-specific training in various cities in India.