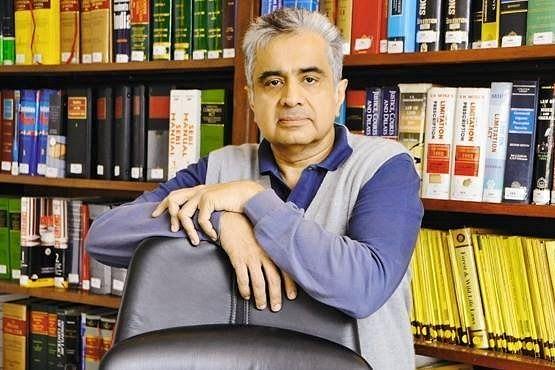 India's former Solicitor General and senior advocate Harish Salve has been appointed as Queen's Counsel for the courts of England and Wales. He will be formally appointed as QC in March this year.

His name featured on the list of appointments of those 'taking silk' (a reference to their court dress), which was released by the UK's Ministry of Justice in January. The title of QC is awarded to those who have demonstrated particular skill and expertise in the conduct of advocacy.

Salve was India's lead counsel on the Kulbhushan Jadhav case at the International Court of Justice (ICJ), and secured a verdict which would prevent Jadhav's execution and ensure justice for the Indian national.

In July 2019, the ICJ ruled that Pakistan must make an "effective review and reconsideration" on the conviction and death sentence to Jadhav and grant him consular access. A 16-member bench led by President of the Court, Abdulqawi Ahmed Yusuf, in a majority by 15-1 votes ordered an "effective review and reconsideration of the conviction and sentence of Mr Kulbhushan Sudhir Jadhav."

This ruling was hailed as a massive victory for India, against the backdrop of Pakistan deploying its finest legal warhorses in this high-profile case at a global forum.

Salve's fee in the Jadhav case was a resolve to restore his country's pride. Former External Affairs Minister Sushma Swaraj, hours before her demise, had asked Salve "to come and collect his fee of Re 1" for representing India at the ICJ in the case. Her daughter Bansuri had visited Salve and fulfilled her mother's promise by handing him a coin of Re 1.

However, he believes the battle against Pakistan in the Jadhav case is far from over, as the next step for India is to ensure Pakistani authorities offer a fair trial as per its Constitution. And, then Jadhav can eventually get justice.

Salve also played a leading role in the UK high court ruling in October in favour of India and the titular 8th Nizam of Hyderabad and his younger brother in a long-drawn out battle against Pakistan in connection with rights to 35 million pounds (Rs 306 crore) deposited in a British bank account after India's Partition.

This was a second high-profile international victory for Salve, after the Jadhav case, and also a second successive victory against Pakistani barrister Khawar Qureshi, who had represented Pakistan at the ICJ and UK High Court.

In a media interaction after this ruling, Salve said: "We had a good case. We won both times."

A LL.B. from Nagpur University, Salve was designated as senior advocate by the Delhi High Court in 1992. He was the Solicitor General for India from 1999-2002. Salve was called to Blackstone Chambers in 2013.