India’s Gift To The UN: Gandhi Solar Park And Peace Garden Inaugurated By PM Modi And Other World Leaders 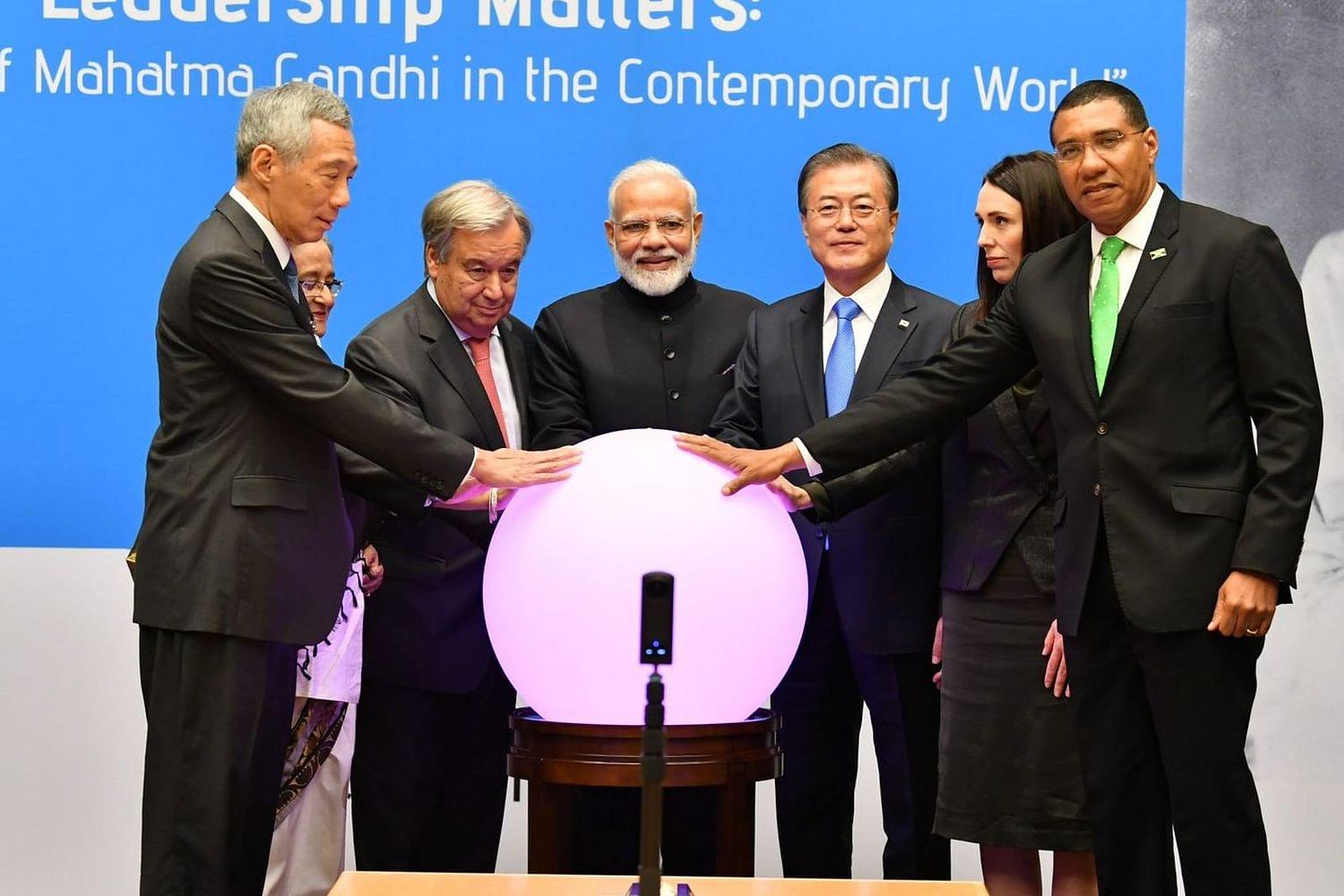 Leaders from around the world joined hands in the spirit of Gandhian universality to inaugurate a solar facility and roof garden at the UN headquarters and a garden with trees from across the US dedicated to the Mahatma on his 150th birth year.

Secretary-General Antonio Guterres, South Korean President Moon Jae-in and Prime Ministers Narendra Modi, Sheikh Hasina of Bangladesh, Andre Holness of Jamaica, Jacinda Arden of New Zealand and Lee Hsien Loong of Singapore placed their hands on a glass globe to inaugurate them remotely during a meeting on Tuesday (24 September) convened by India on Leadership Matters -- Relevance of Mahatma Gandhi in the Contemporary World.

Coloured lights throbbed in the globe as the solar array came online catching the sun's last rays of the day and a video of the park lit up.

The Gandhi Solar Park costing $1 million and having an output of 50 kilowatts of electricity is located on the roof of the Conference Building at the headquarters and is a gift from India to the UN to provide it clean energy.

India also donated the Gandhi Peace Garden made up of 150 trees located at a university campus in Old Westbury as another environmental gift.

Marking the 150th birth anniversary of Gandhi, the two gifts symbolise India's commitment to the environment by producing clean power and capturing carbon emissions in the trees.

Accepting the gifts, Guterres said: "I commend those who have decided to pay tribute to Gandhi's legacy by marking this anniversary with a project connected to one of the Sustainable Development Goals -- a fitting way to honour this most action-oriented leader."

He thanked India for supporting the elimination of single-use plastic at the UN by providing reusable bags and kits, and for installing solar panels and a green roof on top of the Conference Building.