India’s New Drone Policy To Take Off From December, Will Allow Commercial Operations 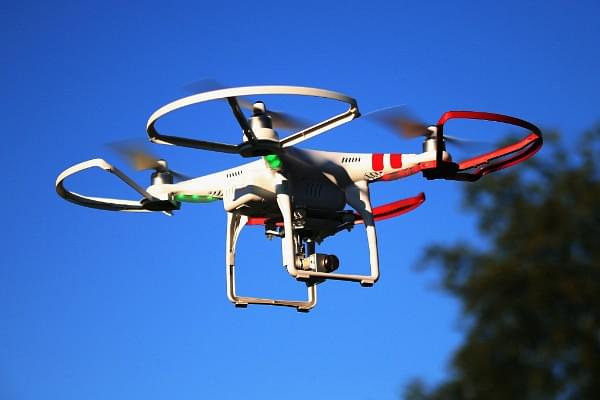 Operation of drones for commercial purposes will be allowed from December as per Ministry of Civil Aviation policy released on Monday (27 August), Times Of India has reported.

This could help substantially lower the cost of operations at various industries as well as aerial photography of real estate projects by companies, monitoring equipment at wind and solar power plants, precision delivery of fertilisers, disaster relief, mineral exploration and shipping mail.

Unmanned Aircraft Operator Permit (UAOP) shall be required for Remotely Piloted Aircraft system (RPAS) for operators other than nano drones below 50 feet, micro drones operating below 200 feet and those owned by central and security forces.

“As of now drones have to operate within visual line of sight and during daytime,” the policy says.

Drones have been classified into five categories including nano (under 250 gram) and micro (250 gram to 2 kg) categories. Every drone user must have a unique identification number (UIN) irrespective of the category. Applicants for UIN should have passed class 10, know English and be older than 18 years to get a licence.

Those with an operator’s licence need to have features such as a global positioning system, return-to-home facility, anti-collision capability, flight controller with flight data logging capacity, a SIM to ensure that drones do not take off without permission and an identification plate, the ministry said quoting the rules framed by Directorate General of Civil Aviation (DGCA).

No fly areas for drones have also been identified and includes strategic areas and security installations. Vijay Chowk, airports, areas near international borders, state secretariats and military installations have been covered under no-fly zones.

“Licenses for drones with payloads and/or operating beyond line-of-sight will be considered on a case-by-case basis,” Minister for Civil Aviation Jayant Sinha responded to query related to the policy on Twitter.

E-commerce players and restaurants may, therefore, have to wait for drone adoption till it is allowed beyond sight, a move the government has promised to look into. A drone task force led by Minister of State for Civil Aviation Jayant Sinha will advise on beyond visual line-of-sight operations, according to the statements.